As all the talk about the benefits of White Privilege reaches a crescendo, various kinds of white people look for a way to stop being white in the eyes of the government. From Pew:

For many Americans, checking the right box on the U.S. Census form is a reflexive gesture, whether it’s marking “black,” “white,” “Hispanic,” “Asian,” “American Indian”—or all of the above.

But for Americans of Middle Eastern and North African descent, or “MENA,” it’s a real head-scratcher. They come in a variety of phenotypes and shades—ranging from pale to deepest ebony, and hail from 22 different countries, from Iran to Egypt to Sudan. And yet, for the census, since the beginning of the last century, the MENA community has been lumped into the “white” category.

Having white people call you white is the most insidious kind of racism.

Back in 1909, such a designation made a lot of sense, but today, members of the MENA community are lobbying the U.S. Census to create a separate “MENA” category for the 2020 decennial count. “White,” they argue, renders them invisible in official population counts. Without correct data, advocates say, cities and states lack adequate resources to effectively handle everything from funding educational programs to battling infant mortality to tracking employment discrimination to staffing hospitals with enough Farsi translators. Census data directly impacts how more than $400 billion in federal funding is allocated across the country.

Census data also has political effects. For example, after the 2010 count, the census released a list of 248 jurisdictions across the country that now are required to provide language assistance to voters, as mandated by the Voting Rights Act. (The vast majority of those districts are for Spanish-speaking citizens.)

“This is a bread and butter issue,” said Sarab Al-Jijakli, a Brooklyn-based community organizer and the president of the Network of Arab-American Professionals (NAAP). “Education is obviously a key point; 25 percent of public school kids in Bay Ridge [Brooklyn] may be of Arab descent. Are the services being given in that school really serving the local community? These are the questions we ask.”

What’s more, some argue, being classified as “white” prohibits the MENA community from taking advantage of the benefits that come with minority status—including local, state and federal programs that give a leg up to minority-owned businesses in awarding government contracts.

That was the big reason back in the 1970s-1980s when Indian and Pakistani immigrant businessmen successfully got themselves officially lumped in with Orientals (renamed Asians) so they could profit from racial preferences for minorities in contracting and loans.

“When they pigeonhole us into the ‘white’ category, it’s as if we don’t exist,” said Samer Khalef, national president of the American-Arab Anti-Discrimination Committee (ADC). “We’re counted as ‘white,’ but we’re not treated as ‘white.’ We have the ‘no-fly’ lists; we’re subjected to heightened security wherever we go. Yet we’re considered ‘white.’ That’s our problem. We are considered ‘white’ without the privileges of being ‘white.’”

Since 1980, the U.S. Census has collected data on the growing Arab-American population from the ancestry question on the form. According to responses to that question, there are about 1.6 million Americans of Arab descent. But the Arab-American Institute says that relying on the “ancestry” question alone means that MENA community is undercounted. They estimate the number of Arab Americans to be 3.7 million.

Back in 2000 when I worked this beat for UPI, they were claiming 6 or even 7 million Arabs.

Counting other non-Arab MENA populations such as Iranians, Turks, Chaldeans and Armenians would bring the number up to 5 million, according to Helen Hatab Samham, former executive director of the Arab-American Institute Foundation.

Granted, all these groups back in the Old Country, where they aren’t undermined by White Racism, are trying to kill each other, but over here they can officially unite around how much they too hate the Straight Cisgendered White Man, at least as soon as they can get themselves declared by the government not to be white.

“We have a very diverse and complex identity,”

In other words, we traditionally hate each other, the way Armenians hate Turks, but give us some government contracting preferences and we’ll pretend to be victims of White American Racism if that’s what it takes to get our hands on the moolah.

said Hatab Samham, whose organization was part of a coalition that wrote a letter to federal officials formally requesting the new category. More than two-dozen Arab-American and other MENA groups signed on to the letter. “More of us would identify as people of color. The kind of strict racial options that we have right now don’t fit.”

Notorious victims of white racism in America include former Mayor of Beverly Hills Jimmy Delshad, an Iranian immigrant. And since Persian Jews would now be eligible for special minority business development low interest loans from the Small Business Administration, then it would only be a matter of time before the logic of Israeli immigrants as part of MENA would prevail too. So, Armenians, Turks, Jews, Arabs, they all come here and are victimized by the White Man, so their businessmen deserve special favors from the taxpayers.

Officially, the business of counting populations is a federal matter. The Office of Management and Budget (OMB) tells the Census Bureau what the racial and ethnic classifications are. Currently, OMB breaks down the population into five racial categories—black, white, Asian/Pacific Islander, American Indian/Alaska Native and one ethnic category, Hispanic (Hispanics, like the MENA population, can be of any race).

… In 1909, George Shishim, a policeman living and working in Venice, California, had to fight for the right to claim U.S. citizenship. Because he was born in Lebanon, under the dictates of the time, he was deemed by the U.S. to be of “Chinese-Mongolian” ancestry and therefore ineligible for citizenship. The Syrian-Lebanese community rallied behind him and hired a lawyer. Ethnographic studies were done to prove the “white” bona fides of the Arab population. Finally, a Superior Court judge agreed, and Shishim was sworn in as a citizen.

Today, “white” as defined by the federal government, is “a person having origins in any of the original peoples of Europe, the Middle East, or North Africa. It includes people who indicate their race as ‘White’ or report entries such as Irish, German, Italian, Lebanese, Near Easterner, Arab, or Polish.”

But while it made sense for the MENA community to fight for a “white” designation a century ago, it is less advantageous now.

“To get out of that racist legislation, it was the right thing to do,” Khalef said. “But since then, we’ve been dealing with the consequences.” 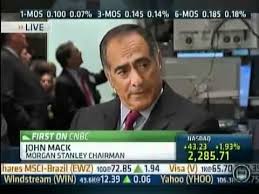 In 2012, the American-Arab Anti-Discrimination Committee petitioned the Minority Business Development Agency, which is part of the Department of Commerce, to ask that the MENA community be designated a minority/disadvantaged community.

According to Abed Ayoub, the ADC’s legal and policy director, the group filed the petition after being flooded with reports of discrimination. For example, there was the Arab-American business owner whose construction company was working at the New York Port Authority. At one point, Ayoub said, the company owner wasn’t allowed on his own work site because he was being racially profiled after 9/11. Other Arab-owned businesses were forced to close after 9/11, he said. MENA business owners operating outside areas with large Arab-American populations such as Detroit, South Florida, Chicago, California and New York really struggle, he said.

“Whether you’re a doctor or an attorney,” once clients see you have an Arab-sounding name, they don’t go to that office,” Ayoub said.

The MBDA rejected the initial petition and referred it back to the ADC. In his response, MBDA director David Hinson wrote, “while there is qualitative evidence that demonstrates that Arab-Americans have faced significant prejudice in numerous instances, there is insufficient evidence that this undeniable prejudice has impaired their ability to compete in the free enterprise system due to diminished capital and credit opportunities.”

Ayoub said that the ADC is trying to obtain funding for a disparity survey, which he said would cost upwards of $1 million. The survey, he said, will document the discrimination Arab-American business owners face. “It’s very difficult for an Arab to open a business in Kansas and be successful,” he said.

‘Check it Right, You Ain’t White’

MENA identity has evolved over the years. People descended from the earlier wave of immigrants who came to the U.S. between 1880 and 1920, and are fourth-, fifth- and sixth- generation Americans are more likely to identify as white, according to Akram Khater, director of the Khayrallah Program for Lebanese-American Studies at North Carolina State University. The waves of Middle Easterners who have migrated since the 1960s tend to see things differently.

“Those who came (more recently) retain a much more fresh connection to the region,” said Khater, who served on the advisory committee for the U.S. Census. “They felt 9/11 more keenly.”

In 2010, there was an all-out campaign to get members of the MENA population to check “some other race” rather than “white” on the census form, and then to write “Arab” or “Moroccan” or “Iranian” on the form. Stand-up comic Maz Jobrani, of the “Axis of Evil” comedy tour, produced a YouTube video in which he impersonated a variety of Iranian-Americans looking askance at a census taker. “I’m Italian,” they tell the census worker. Others posted YouTube videos urging Arab Americans to, “Check it right; you ain’t white!”

But the campaign met with mixed results, Jobrani said. Some people thought it was a joke. Others were wary of identifying themselves as MENA for fear of being targeted or profiled, “Then there are people who don’t want to rock the boat, who are like, ‘I’m fine; I consider myself American,’” he said.

In today’s America, that kind of thinking is downright un-American.

The process of getting a new category on the census form is a fairly involved one, according to Shelly Hedrick, a census spokeswoman. The bureau is meeting with members of the MENA community and is planning a couple of national survey tests in 2015 and 2016 to test out a new category. New 2020 census topics must be sent to Congress for approval in 2017; final questions must be put to a vote in 2018, Hedrick said.

“’White’ is a made-up category, ‘black’ is a made-up category. Categories shift over time,” Khater said. “[Race] is part of this American reality and it’s how people are negotiating their ethnic identities. Those who are Arab and Iranian American are starting to construct this community called MENA that is as real or as false as everything else in this country.”

But it’s going to be more lucrative than being white.