The English Patients: Stats on 2,249 ICU Admittees in England Are Not Encouraging

One of the widespread hopes has been that the coronavirus is merely dangerous to people who were practically on the verge of death anyway even before the new disease came along. Many optimists have seized upon the advanced average age of Italians who died and their high percentage of “co-morbidities” (although nobody seems to want to explain what percentage of the general population also have problems like hypertension).

Personally, I don’t know that much about Italian social structures. I feel like I have a better understanding of English society, so I was interested in this brand new report (then click on the PDF link in the upper right) on the on 2,249 Intensive Care Unit patients with the new disease in England. (Here

Most are still in the ICU, but of the 690 who aren’t anymore, half got better and half died.

Basically, you don’t want to go into the ICU. You have a high chance of dying, and even if you survive, how vigorous will the rest of your life be? We don’t know much about the long term effects of this particular novel disease. And I’ve got to guess that a week or three in the ICU for any reason will likely permanently damage anybody besides the fairly young.

Generally, as you get older, you come out of a health crisis, even one of only a few months in duration, effectively 5 or 10 or 15 years older than you went into it. To take a minor example, the one health crisis of my life was when I had cancer when I was 38. Probably due to getting into a clinical trial testing a brilliant advance, the first monoclonal antibody Rituximab (for which I hope the innovators live long enough to win their Nobel Prize), I came out of chemotherapy and was back to seemingly full strength within about 24 months. But, mild as this passage was for me, it marked a divide in my life between being a younger man and a middle aged man.

So, of the 2249 who went into the ICU, the mean age of admittees was 60 and median was 61. Men made up 73%. 93% were living without assistance. “Very severe comorbidities” were fairly rare. Whites were slightly underrepresented, South Asians about average, and blacks somewhat overrepresented among those in the ICU.

ICU patients were only slightly fatter than the general population of similar sex and age: 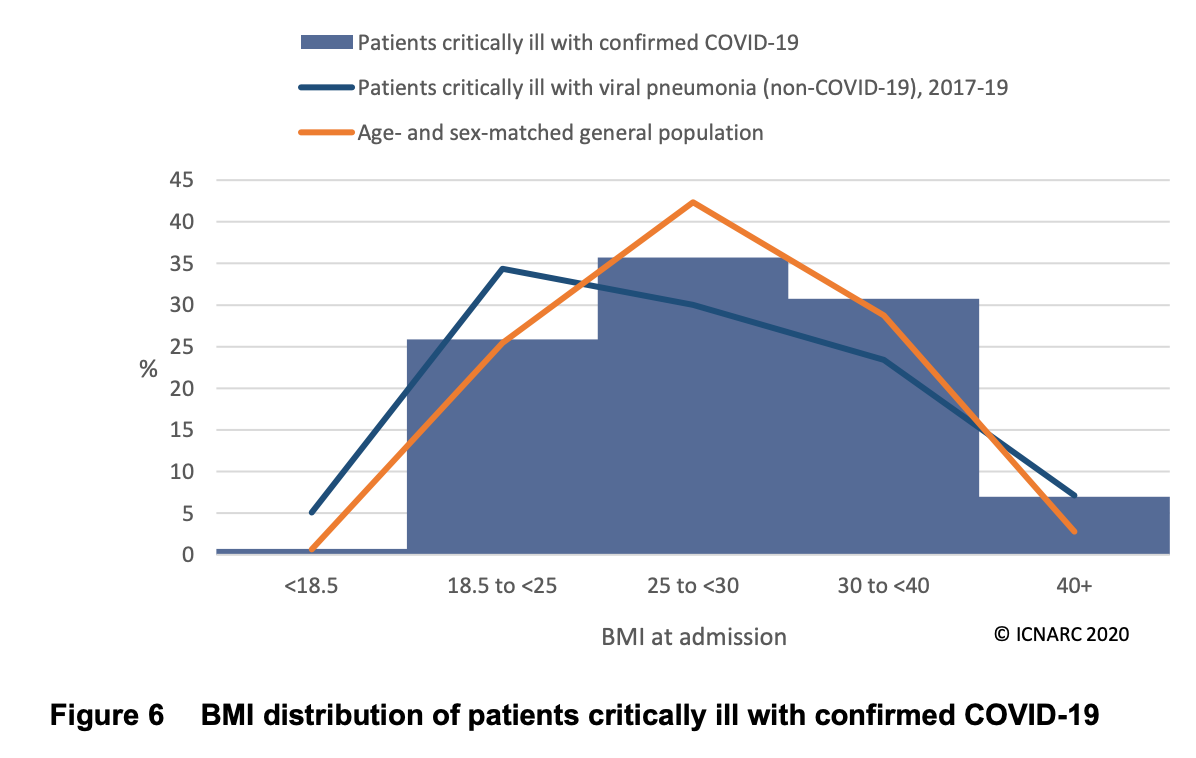 Here’s a table of those who went into ICU and are no longer there (half got better and half died): 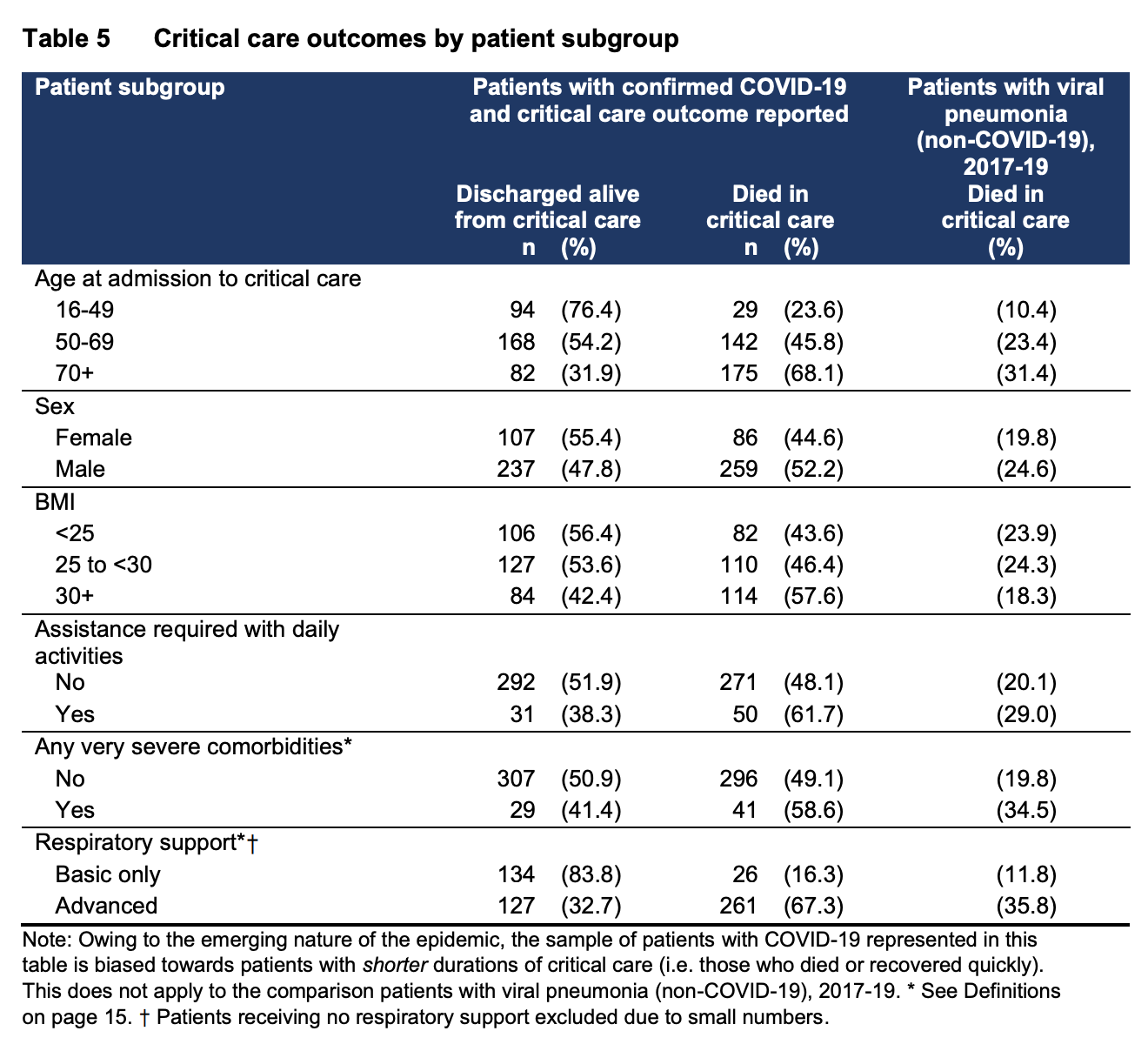 Okay, so the average English person isn’t a world class triathlete.
But what it looks like is you are better off not getting the infection in the first place than in relying upon your superb Olympic-worthy conditioning to get you through.
Most people who get the germ won’t wind up in ICU. On the other hand, the English stats suggest that the poor bastards who wind up in ICU are NOT people who were already on death’s door, but are instead a fairly random selection of average people, just somewhat older & slightly fatter. Randomness plays a sizable role in who is hit hard.

I encourage you to read this report yourself. Perhaps my interpretation of it is overly pessimistic. One lesson I took away from my experience with cancer is that many people hope you are to blame for your disease (e.g., several people asked my wife, “So, Steve’s a smoker, right?” and seemed depressed to learn I wasn’t) because, since they are blameless, that means they will never die. But I may be misinterpreting the English numbers.