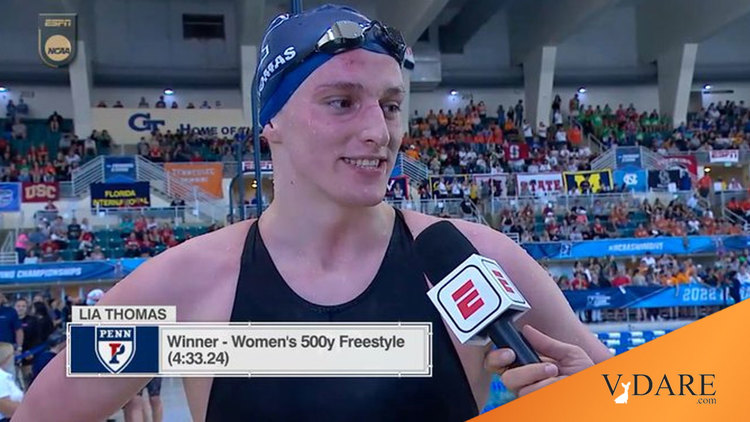 The Complicated Needs Of Ex-Men

As I’ve been pointing out for years, ex-men, despite being among our most admired minorities, often are huge jerks. As one academic expert on the subject pointed out to me recently, they tend to have “complicated needs.” And, like Ayn Rand heroes, they don’t mind trampling over the little people to satisfy their egos.

NCAA Title For Lia Thomas Is Joke With Biological Women As Punchline, And Hardly a Laughing Matter

The second and third place finishers invited the fourth place finisher up on the podium to celebrate her deserving the bronze medal in the actual women’s race: 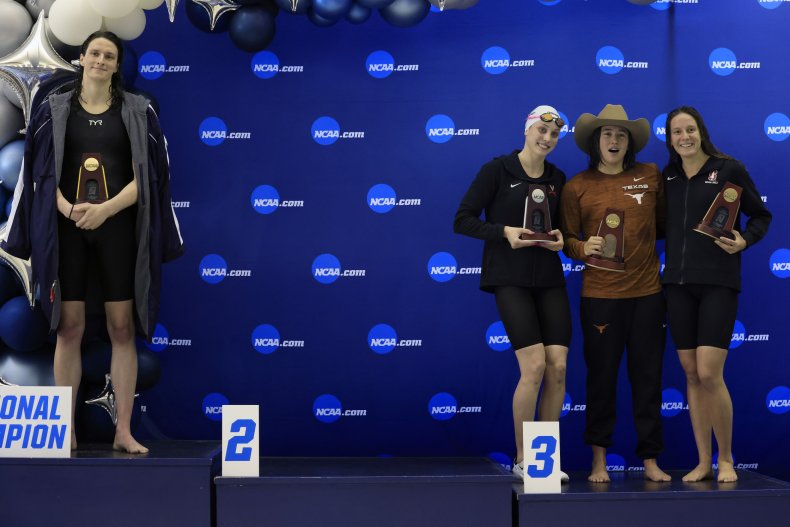 Update: After being booed by spectators and social media, Thomas appears to have thrown the women’s 200 meter freestyle today, finishing fifth.

But various galaxy brains insist that, no matter how much the contestants and their parents enjoy it, unless a sport is popular on TV, it deserves to be made a mockery: 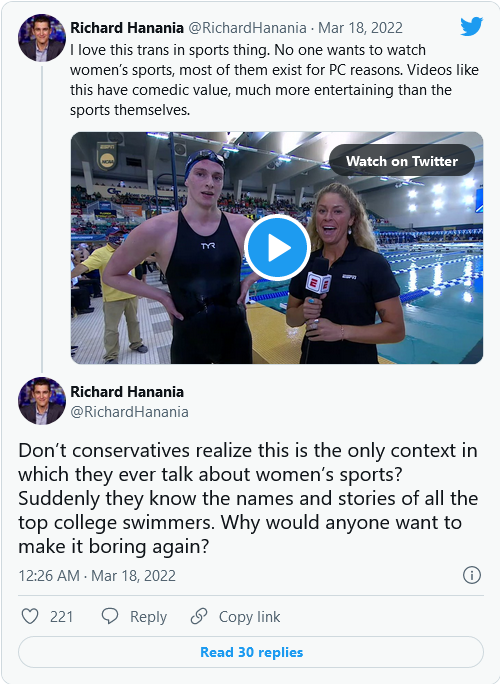 So what? I don’t know the name of the winner at the local country fair for growing the biggest tomato either—not everything needs to be on TV—but I support the competitors’ right to keep their contest fun and fair by not letting some sociopath win by growing a pumpkin and insisting that only Bad People can’t see it’s a tomato.