The Camp Of The Saints Is About To Go Prime-Time: "African Exodus Of Biblical Proportions Impossible To Stop" 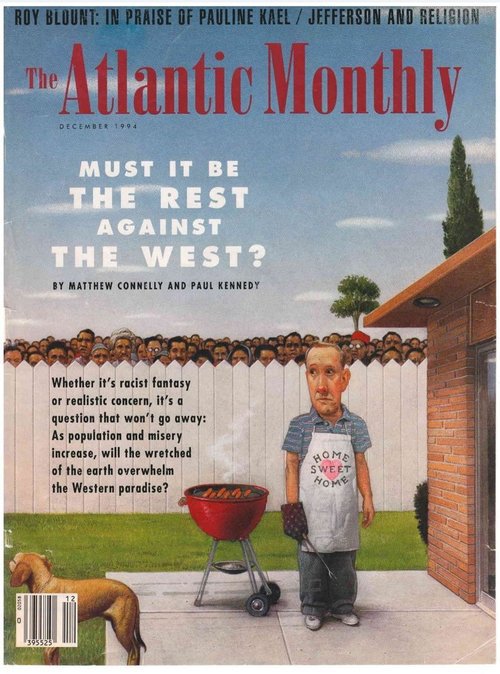 Camp of the Saints is the Frenchman Jean Raspail's dystopian novel (1973) about the Third World's legions of the poor-and-desperate imposing themselves en masse on the West.  I considered the book, when I finally learned of it from The Atlantic in 1994 and then read it [PDF] to be an utterly obvious scenario.  But innumerate people (that's probably most people) have long been horrified by the scenario when it's suggested to them—well, it is horrific—and by its implications.  Especially the implications.

Raspail's preface to the 3rd edition (1985) concludes with the following:

I am a novelist. I have no theory, no system nor ideology to propose or defend. It just seems to me that we are facing a unique alternative: either learn the resigned courage of being poor or find again the inflexible courage to be rich. In both cases, so-called Christian charity will prove itself powerless. The times will be cruel.[PDF]

So here's today's article about the Camp of the Saints being about to materialize in full scope:

The African Union-European Union (AU-EU) summit, held in in Abidjan, Côte d'Ivoire, on November 29-30, 2017, has ended in abject failure after the 55 African and 28 European leaders attending the event were unable to agree on even basic measures to prevent potentially tens of millions of African migrants from flooding Europe.

Despite high expectations and grand statements, the only concrete decision to come out of Abidjan was the promise to evacuate 3,800 African migrants stranded in Libya.

More than six million migrants are waiting in countries around the Mediterranean to cross into Europe, according to a classified German government report leaked to Bild. The report said that one million people are waiting in Libya; another one million are waiting in Egypt, 720,000 in Jordan, 430,000 in Algeria, 160,000 in Tunisia, and 50,000 in Morocco. More than three million others who are waiting in Turkey are currently prevented from crossing into Europe by the EU's migrant deal with Turkish President Recep Tayyip Erdogan. [More]