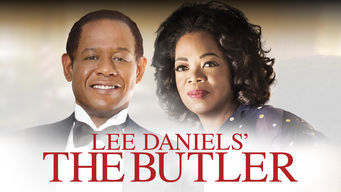 The hit movie Lee Daniels’ The Butler, staring Forest Whitaker and Oprah Winfrey, takes us back to the bad old days when blacks worked in the White House rather than lived there.

Strange as it may seem now, in an America where Hispanics and Filipinos fill ever more of America’s servile jobs, African Americans were once employed across the land in vast numbers as trusted domestic servants. With the coming of the Black Pride movement in the late 1960s, however, blacks began to see service work as neo-slavery and an insult to their masculine dignity.

Meanwhile, well-to-do whites, alarmed by the rising rates of crime and surliness among blacks, were happy to be handed a politically correct excuse to stop hiring uppity African Americans ...