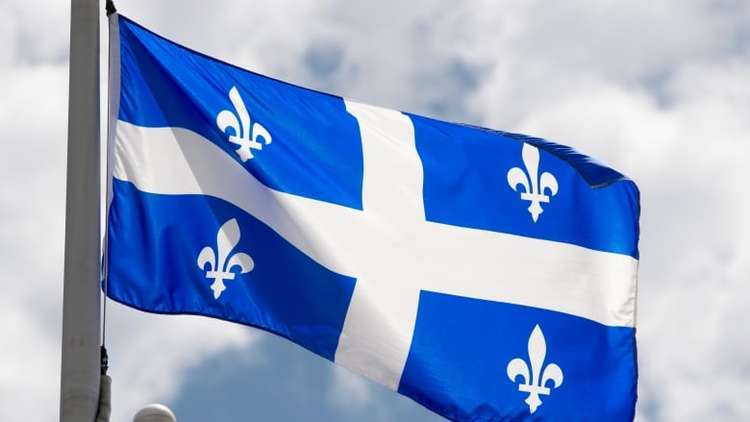 The Best Defense Is A Good Offense: Quebec

One of the funnier outgrowths of 1960s minoritarianism was Quebec's successful campaign to get speakers of the language of King Louis XIV declared an oppressed minority deserving of as many special breaks from the government as the wounded amour propre of indignant French-speakers could demand. Granted, in picking on English-speaking Canadians—the nicest, least desirous of trouble people on Earth—French Canadians weren't exactly banging heads with Menachem Begin.

Not surprisingly, the separatist party in Quebec is upping the ante again. And why not? All in all, it's been a pretty successful ploy.

In the National Post of Toronto, Barbara Kay writes:

Barbara Kay: Quebec’s Bill 14 is a pathological attack on the sin of speaking English

Thanks to Bill 101, Quebec’s 1977 Charter of the French language, no language in the world is as regulated as French is in Quebec.

But Pauline Marois’ young minority PQ government was not satisfied with French merely being protected from erosion. This government seeks to establish the primacy of French in a way that will reduce the presence of English in every walk of public and private life. To that end Bill 14, the first substantial revision of Bill 101,  was conceived, written up and prepared for passage.

Bill 14 contains 155 proposed amendments to the Charter of the French Language. The government considers them necessary because the French language “constitutes a stronger vector for social cohesion…and maintaining harmonious relations.” What Bill 14 is essentially designed for is to elevate the wish of francophones never to speak a language other than French — even the other official language of Canada — to a human right on the same level as the right to medical care.

To this end Bill 14 would co-opt all public institutions, municipalities, school boards, unions, private enterprises and even ordinary Quebecers as participants and – not to put too fine a point on it – occasional spies in the great common project of suppressing English. That the project would radically diminish the freedoms and quality of life of non-francophones seems irrelevant, perhaps even a matter of satisfaction, to this government.

Francophones’ opportunities to become fluently bilingual would be curtailed.

Some examples of the proposed amendments:

· A government regulation that allows English-speaking members of the Armed Forces who are in Quebec temporarily to have their children schooled in English would be rescinded. ...

· Officially bilingual municipalities could lose their bilingual status against their democratic will because of slight demographic shifts.

· Daycares would have to facilitate the acquisition of French-language skills by infants.

· Employers would be required to justify the need for employees to speak any other language than French. An employee required to communicate in a language other than French would have the right to sue his or her employer for monetary damages.

The PQ is obsessed with language domination to a degree that is in political terms pathological. The devastation of English school boards; the linguistic hardships imposed on the men and women who protect our country from harm; the cultural and psychological marginalization of fellow citizens for the Original Sin of being anglophone: What we are seeing with this government makes the patriarchy of the Roman Catholic Church in the years before the Quiet Revolution seem anodyne by comparison.

In throwing off the Church’s domination, and with it all the trappings of their religion, Quebec also divorced itself from its cultural roots.

The religious metaphor is apt. In throwing off the Church’s domination, and with it all the trappings of their religion, Quebec also divorced itself from its cultural roots. Without roots, there can be no new branches. All Quebec has that may be called culturally unique is language. The moral panic we have seen over the years – first to preserve French from disappearance, but now the push by Quebec’s new high priests to sanctify it and keep it safe from the pollution of other languages – is unjust to non-francophones, but arguably more harmful to francophones, whose aspirations have been appropriated as burnt offerings to the language gods.

Why are they doing this? Well, why is the NCAA holding a basketball tournament right now, even though 67 of 68 teams will end their seasons as losers? Because coming together with your team to fight is fun. Defeating the foe is even more fun. As John Milius phrased it:

Mongol General: Hao! Dai ye! We won again! This is good, but what is best in life?

Mongol: The open steppe, fleet horse, falcons at your wrist, and the wind in your hair.

Mongol General: Wrong! Conan! What is best in life?

Conan: To crush your enemies, see them driven before you, and to hear the lamentation of their women.

Look, very few people have gotten killed in Quebec's language wars over the last 45 years. And it's not as if Quebec has fallen into ruin because the Québécois have been slowly shoving out the Scots and Jews who used to run Montreal's businesses. Quebec isn't Zimbabwe. The Québécois can run their own country.

Sure, it's annoying to see the winners win by being nasty and the losers lose because they are nice, but such is the way of the world.