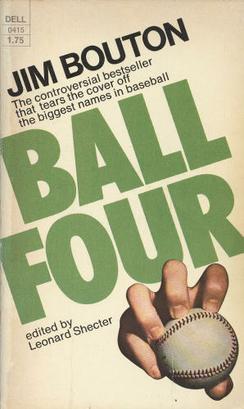 One Post-Sixties cultural change was the erosion of the Organization Man code that workplace bickering and bad behavior should stay behind closed doors. In baseball, for instance, this custom was first cracked by washed-up pitcher Jim Bouton's 1970 book Ball Four. By the late 1970s the New York Yankees were a nonstop kvetchathon in the New York tabloids featuring owner George Steinbrenner, manager Billy Martin, and slugger Reggie Jackson.

In contrast, the Los Angeles Dodgers followed the post-WW2 code that employees maintain a bland and positive face to the outside world. This didn't mean there weren't tensions in the Dodger locker room, just that you barely heard about them until they reached a crisis point. For example, in August 1978, future Hall of Famer Don Sutton made disparaging comments to the Washington Post about slugger Steve Garvey. Garvey confronted Sutton about breaking the code. Sutton responded that Garvey's wife was being seen in the company of songwriter Marvin Hamlisch. A brawl ensued. But, unlike the Yankees, where this would have built up over weeks beforehand in the newspapers, this came out of the blue to Dodger fans.

When the Yankees won the World Series in 1977-78, this was widely seen as endorsement of their more open policy of fighting in public. Certainly, it made more and better newspaper copy than the old-fashioned Dodger way.

It might have been a cultural watershed. For instance, when I moved to Chicago in 1982, the top comic disk jockey was Steve Dahl, a major precursor of Howard Stern. A huge fraction of Dahl's shtick was complaining about management and his contract. It was hugely funny, but at the time, it was surprising. It was the kind of thing that just wasn't done.

Pretty soon, though, it was widely done. Today, behind the scenes bickering is the meat and potatoes of reality TV (American Idol being a notable exception).

But reality TV is for proles. On the other hand, at the elite level, we're heading back toward the old Dodger way, just in a cooler, more nod-and-a-wink po-mo fashion, with the press reveling more in their role as insiders and gatekeepers. Kevin Costner explained to Tim Robbins in Bull Durham in 1988:

Crash Davis: It's time to work on your interviews.

Ebby Calvin LaLoosh: My interviews? What do I gotta do?

Ebby Calvin LaLoosh: Got to play... it's pretty boring.

Crash Davis: 'Course it's boring, that's the point. Write it down.

The rise of access journalism into an expert art form has elicited little protest except from journalists who can't get access, those losers. The careers of, say, Tiger Woods and Michael Jordan suggest that modern journalists respect, above all else, a well-tuned marketing campaign.

I was reminded of all this while watching Joss Whedon's movie The Avengers, in which the superheroes bicker endlessly, with Robert Downey Jr. in the Reggie Jackson role as the straw that stirs the drink, before finally putting aside petty grievances and winning the big one. I don't know if Whedon was a Yankees fan, but he was a 13-year-old in New York City while all this was going on.

In fact, Whedon appears to be one of the few top-hole folks who hasn't gotten the memo that we've moved beyond all that Airing of Grievances and back to an age where celebrities have PR people to mold their public statements.

When something doesn't go right for Whedon, he loves throwing colleagues under the bus:

[on the infamous line spoken by the character Storm in "X-Men" (2000) (video)] That's the interesting thing. Everybody remembers that as the worst line ever written, but the thing about that is, it was supposed to be delivered as completely offhand. [Adopts casual, bored tone.] "You know what happens when a toad gets hit by lightning?" Then, after he gets electrocuted, "Ahhh, pretty much the same thing that happens to anything else." But Halle Berry said it like she was Desdemona. [Strident, ringing voice.] "The same thing that happens to everything eeelse!" That's the thing that makes you go crazy. ...

The worst thing about these things is that, when the actors say it wrong, it makes the writer look stupid. People assume that the line... I listened to half the dialogue in Alien 4, and I'm like, "That's idiotic," because of the way it was said. And nobody knows that. Nobody ever gets that. They say, "That was a stupid script," which is the worst pain in the world. I have a great long boring story about that, but I can tell you the very short version. In Alien 4, the director changed something so that it didn't make any sense. He wanted someone to go and get a gun and get killed by the alien, so I wrote that in and tried to make it work, but he directed it in a way that it made no sense whatsoever. And I was sitting there in the editing room, trying to come up with looplines to explain what's going on, to make the scene make sense, and I asked the director, "Can you just explain to me why he's doing this? Why is he going for this gun?" And the editor, who was French, turned to me and said, with a little leer on his face, [adopts gravelly, smarmy, French-accented voice] "Because eet's een the screept." And I actually went and dented the bathroom stall with my puddly little fist. I have never been angrier. But it's the classic, "When something goes wrong, you assume the writer's a dork." And that's painful....

[about why he was unhappy with Buffy the Vampire Slayer (1992)] The thing is, people always make fun of Rutger Hauer. Even though he was big and silly and looked sort of goofy in the movie, I have to give him credit, because he was there. He was into it. Whereas Donald [Sutherland] was just... He would rewrite all his dialogue, and the director would let him. He can't write - he's not a writer - so the dialogue would not make sense. And he had a very bad attitude. He was incredibly rude to the director, he was rude to everyone around him, he was just a real pain. And to see him destroying my stuff... Some people didn't notice. Some people liked him in the movie. Because he's Donald Sutherland. He's a great actor. He can read the phone book, and I'm interested. But the thing is, he acts well enough that you didn't notice, with his little rewrites, and his little ideas about what his character should do, that he was actually destroying the movie more than Rutger was. So I got out of there. I had to run away. (The Onion A.V. Club Interview with Joss Whedon, 2001)

But not the kind of thing you hear much of anymore. In fact, this might explain why Whedon, with all the commercial talent in the world, was mostly puttering on the fringes of the big time up until age 47, when he finally got to grab for the brass ring.