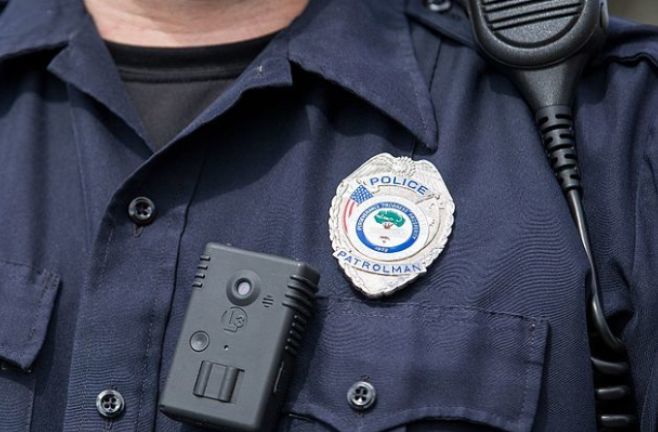 The ATLANTIC: Body Cameras Were Supposed to Expose All That Police Brutality, So What Went Wrong?

Earlier: Police Body Cameras Don't End Epidemic of "Police Racist Killings." Why Not? Because It Was A Fraud All Along.

Did Body Cameras Backfire?
Body cameras were supposed to fix a broken system. What happened?

In 2014, when Police Officer Darren Wilson fatally shot an unarmed black teenager named Michael Brown on a street in Ferguson, Missouri, police brutality rocketed to the center of the national discourse on race. Law enforcement needed more accountability, activists argued, and body cameras became the state’s preferred corrective. The Obama administration’s Department of Justice offered more than $23 million in grants for new cameras in 2015, the year after Brown’s death, and another $20 million in 2016. Then-candidate Hillary Clinton called for mandatory body cameras nationwide. In 2018, a New York judge mandated that all NYPD officers wear them, as part of efforts to end “stop and frisk” tactics. The future of policing, it seemed, had arrived...

And now some police-reform advocates argue that recent technological advances mean these cameras are increasingly used not to scrutinize police, but to surveil the public. Recorded footage uploads to the cloud, allowing police to hold more images and videos, and to hold them longer. Object recognition lets officers quickly search through hours of footage to find items of interest (a red backpack, for example). With live-streaming, officers can send everything they see back to department headquarters nearly instantaneously.

It’s almost as if The Establishment’s Anti-Police / Anti-White Hate Spree of 2014-2016 was based on bigoted faulty assumptions about who the Bad Guys tended to be.