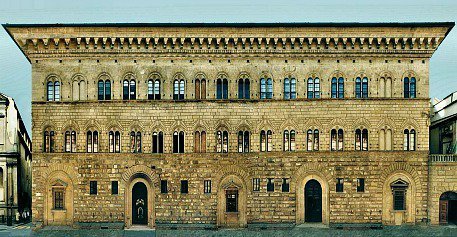 The Architecture of Urban Unrest

The Medici Palace in Florence was built in the 1440s with heavy stone on the street level and delicate windows on the top floor, both to express the upward-yearning spirit of the Renaissance and to keep the urban mob from dismantling the place when they got uppity, as they were known to do. 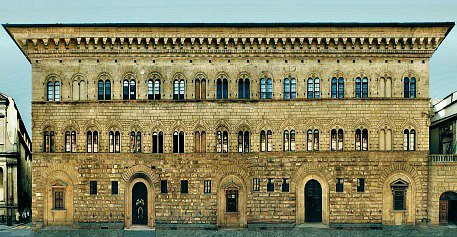 I’m reminded of the Chicago White Sox baseball stadium that replaced Comiskey Field in 1991. (I can’t remember what it’s called now, because it seems silly to make an effort to remember a name that some marketer paid millions of dollars to bestow to raise awareness of their name. If I can’t remember the latest name of the White Sox ballpark, that’s the naming-rights owner’s problem, not mine. Try harder.)

The White Sox ballpark on the South Side was the last ballpark built before Ebbets Field-like retro ballparks came into fashion starting the following year with the Baltimore Orioles stadium. The fortress-like White Sox ballpark was clearly a lemon from the moment Camden Yard opened in Baltimore.

One of the best of the retro stadiums was Jacobs Field in Cleveland, which opened a couple of years later and sold out 455 games in a row. A friend told me an interesting rumor. He’d been talking to Mr. Jacobs, owner of the Cleveland Indians, and they got on the topic of why the White Sox new ballpark was so uninviting and closed-off. Mr. Jacobs told him that the owners of the White Sox had some kind of arrangement with the city of Chicago to use the ballpark as a giant holding pen for rioters, much in the traditional manner of a South American soccer stadium.

I noticed something similar in the Nike Store that opened on Michigan Avenue’s Magnificent Mile in the mid-1990s. As the obvious Target A for joyous mobs celebrating a Chicago victory, such as the Michael Jordan riots of 1992 and 1993, it was built as a citadel, with two layers of steel defenses you had to pass through to buy overpriced sneakers, which always left me feeling depressed. I gather it was recently remodeled and is now much airier and glassier. Hopefully, Nike’s belated better attitude toward their most loyal customers didn’t come too soon.