The Amish Are Becoming a Socially Constructed Biological Race 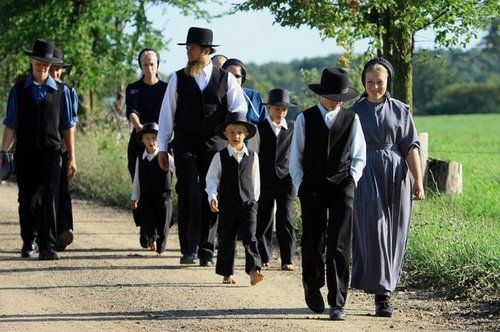 Over at Taki’s Magazine, my new column is about the Amish as an example of how nature and nurture interact with each other in ways that the postmodernist orthodoxy can’t begin to fathom:

The conventional wisdom about how race is just a social construct is back in the news with the endless excoriations of Nicholas Wade’s A Troublesome Inheritance: Genes, Race, and Human History. Sadly, the term “social construct” is usually used as an excuse to stop thinking: just announce that scientists have proven that race is socially constructed and you can shut down all cognitive processes without worry that you’ll get in trouble for crimethink.

Yet, as with all thoughtful considerations of nature and nurture, the notion of “social construction” can yield fruitful paradoxes. If social construction is as powerful as its enthusiasts claim, how could it not affect human beings genetically? If a social group constructs a new ideology about who should marry whom, for instance, how would that not alter future lineages and gene frequencies?

For example, America has witnessed over the last ten generations the socially planned breeding of a new endogamous extended family, a fast-growing proto-race that now numbers over 200,000 and is currently on pace to double every 21 years: the Amish.