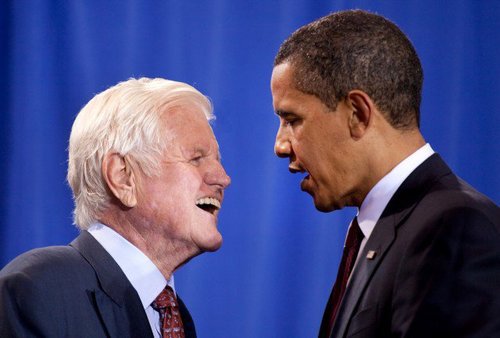 Thanks, Ted—Pre-1965 America Really NEEDED That

Before Ted Kennedy’s immigration bill opened the diversity door fifty years ago in 1965, America was culturally stagnant. Just look at the Top 100 Billboard hit songs of 1965, full of unvibrant, nondiverse tracks such as “Like a Rolling Stone,” “My Girl,” “California Dreamin’,” “In the Midnight Hour,” “King of the Road,” “You’ve Lost that Lovin’ Feeling,” “Stop! In the Name of Love,” “Do You Believe in Magic?,” “Papa’s Got a Brand New Bag,” “Mr. Tambourine Man,” “Sugar Pie Honey Bunch,” “California Girls,” and “The Tracks of My Tears.” Because America was so bigoted against Hispanics back then, the #1 song of 1965 was “Wooly Bully” by Sam the Sham and the Pharaohs.

Of course, Britain had even less immigration, so its pop music was even more nonvibrant in 1965. Without giant levels of immigration, how could British youth learn about American culture? I means besides going to the record store, listening to the radio, seeing touring American acts, visiting America, etc.?

Seriously, 1965 was the best year for broadly popular hit music for youths of the last 60. I was only six at the time and probably noticed only Roger Miller’s country/folk “King of the Road,” so I’m only partially biased by age. (Although I was waiting at Heathrow Airport in 1965 when a youth with collar-length hair walked in and a girl screamed, “It’s a Beatle!” It turned out to be Herman of Herman's Hermits.)