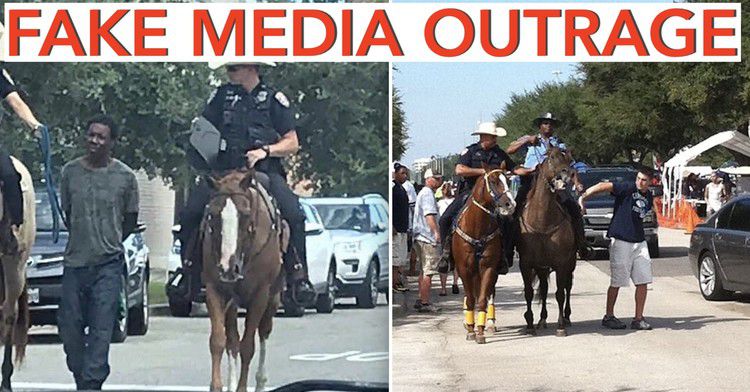 We have verified with law enforcement officials in Galveston, that the photograph taken in Galveston is real. It is hard to understand why these officers felt this young man required a leash, as he was handcuffed and walking between two mounted officers. pic.twitter.com/bEFZnn4qmH

The Twitter mob took to social media once again to feign outrage over a criminal who was arrested by officers who were riding horses. After a photo of the arrest went viral on the internet, police officers apologized for simply doing their jobs. Meanwhile, notice the ZERO outrage over the black officer arresting a white criminal while riding his horse. 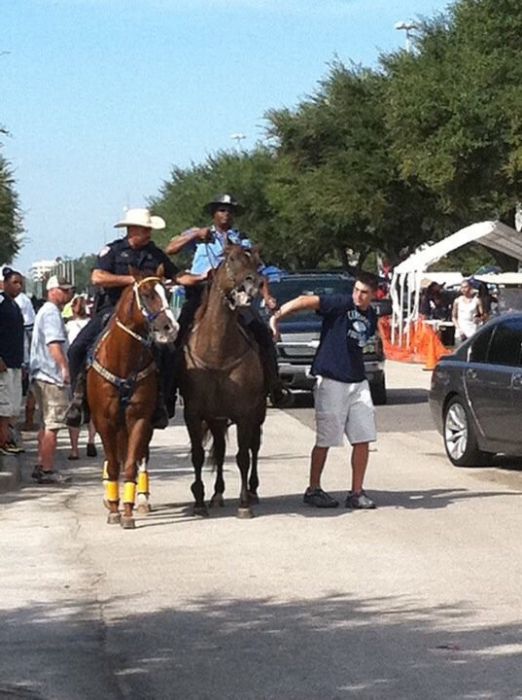 The Hollywoodish image of police officers on horses parading an arrestee to the station might remind one of the dramatic Hollywood Westerns we all once loved.

The problem, though, is that that the vast majority of left-leaning individuals seem to view reality through Hollywood goggles. They do not see the world for what it is, but rather a live action role-play where they are the lead and the cast is as simple as "good vs. bad" "Conservative vs. Democrat" Black vs. White" or "Nazi vs. everyone else?"

They are glued to their television screens and are bombarded constantly with a barrage of propagandized parodies that are designed to convince the viewer of this cartoon like reality they project onto the world around them. Where one might see a criminal arrested for trespassing, a leftist will see an oppressed minority being wrongfully kidnapped by an evil racist white police officer. On television generally “evil racist white police officer” is the message getting sent every day  to the viewer who then goes through their day viewing very simple situations as horrific injustices!

These police officers should never have apologized. The leftist outrage mob grows stronger every time it  pummels an apology out of their poor victims. If you are ever in the crosshairs of the leftist mass, do not apologize. NEVER APOLOGIZE!