Via James Taranto's Best Of The Web for March 22, in a story he headlines  The Second Time as Farce  see that this woman, Texas Democratic State Senator Wendy Davis 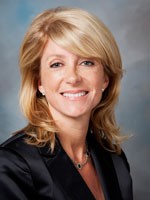 was the victim of an attack in which Molotov cocktails were thrown in into her office. Taranto quotes the London Daily Mail on her press conference:

Davis, a Democrat who joined the Senate in 2009, spoke out about the attack in a Tuesday night press conference.

'It's unfortunate when things like this happen in the public arena,' she said.

'It reminds us of how important it is for us to remain very civil in our discourse and to work not to foment this kind of anger in our community as we discuss things that are challenges that we all face and care about.'

She's also on Rachel Maddow discussing the same thing, in spite of this inconvenient fact: the man arrested for the attack, Cedric Steele,  was described as

A homeless man accused of throwing a bag filled with six Molotov cocktails at state Sen. Wendy Davis' office tried unsuccessfully to speak to her in the days leading up to the attack and talked of aliens after his arrest, investigators said Wednesday. [Homeless man jailed in Texas senator's office fire, ANGELA K. BROWN, Associated Press, WILL WEISSERT, Associated Press, March 21, 2012 ] 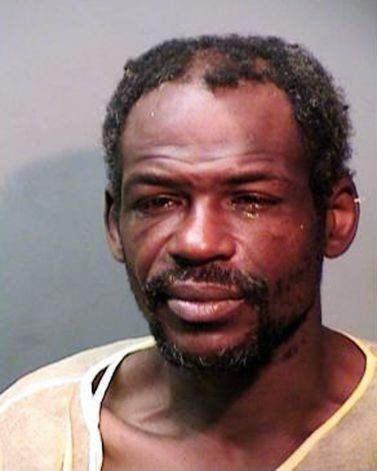 The Associated Press goes on:

Though the attack probably wasn't politically motivated, Davis said fiery partisan rhetoric both in Texas and on the national level has increased the danger of violence against elected officials.

"That purposeful, inciting of emotion can trigger an emotional response for people who are mentally unstable and don't know how to react appropriately," Davis said.

That is an excellent point. It's highly inappropriate to lash out emotionally at your political opponents over a crime that was not politically motivated. We hope Sen. Davis gets the help she needs.

Taranto highlighted the homeless madman aspect but  doesn't mention the race of the attacker. I would add that the first thing Senator Davis needs to do is get her eyes checked if  she thinks that any hate speech that inspired  Cedric Steele came from a Republican.