Taki's: The True Meaning of "Vibrant"

From my Taki's Magazine column: 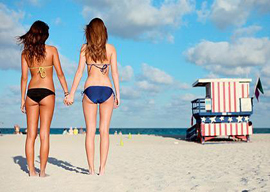 What do people really mean by the word “vibrant?”

Until the disco era, “vibrant” was used only rarely, mostly in connection with vibrations, literal or metaphorical. A quick search online finds no examples of “vibrant” in the works of George Orwell or John Updike, one in Evelyn Waugh‘s (“that silence vibrant with self-accusation”), and two in Vladimir Nabokov‘s. (Humbert Humbert looks up to a “vibrant sky” through “nervous” rustling branches.)

According to Google’s Ngram, “vibrant” was an occasionally used word from the 1920s into the early 1970s. But then its share of all the words in books roughly quadrupled by the mid-2000s (when a few people finally started to make fun of it).

In 2013, it’s hard to avoid the word. For example, on Monday, President Obama announced, “Immigration makes us stronger—it keeps us vibrant.…”

Similarly, when new Secretary of State John Kerry paid a visit to German Chancellor Angela Merkel last month, he announced that the American-German relationship is “one of our strongest, most vibrant alliances.” (Is “vibrant” the post-Cold War version of “dynamic?”)

And downtowns are always vibrant, or will be Real Soon Now: “Planners in Maine Envision Vibrant Downtowns.”

When white people honestly consider a place full of white people to be "vibrant" (e.g., Matthew Yglesias praising a gentrifying corner of Washington D.C. in today's Slate), what do they mean, deep down?

I offer a reductionist definition of "vibrant" in real estate talk terms.