Syria and Obama the Muslimist—He Should Have Known Better

Syria was basically ruled by a Coalition of the Minority Fringes (Alawite on top, Shiite, Christian, Yezidi, Kurd, etc.) over the Core (the Sunni majority). That’s not very democratic in the old-fashioned Andrew Jackson sense of the Democratic Party that emphasized majority rule. But it’s rather like the new-fangled Barack Obama sense of the Democratic Party that emphasizes minority rights.

The happy ending would have been if the majority Sunnis had matured into a well-educated, reasonable, pragmatic people ready for the responsibilities of self-rule.

That actually has happened a few times in history. To take a local example, my very vague impression is that the Kurds have been maturing politically and have been acting in this century with restraint and intelligent purpose in a neighborhood where those commodities have been unfortunately rare. (Warning: Optimism about any aspect of the Middle East usually turns out to be unwarranted.)

Unfortunately, judging by the rise of ISIS there’s not much evidence that the Sunnis are on a similar trajectory. And that’s what has made disastrous Obama’s call for the overthrow of the internationally recognized Syrian government and its replacement by Moderate Islam, an outdated delusion of the Obama-Dunham-Soetoro clan. 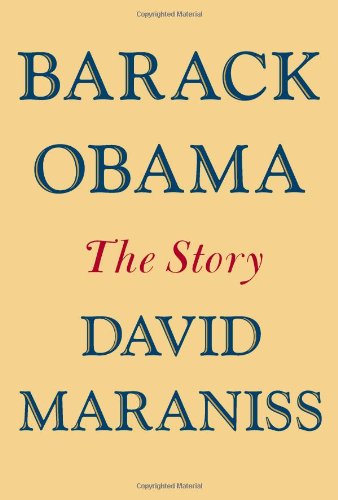 It’s an ironic tragedy: no President before Obama has had so much familiarity with Islam via family, in-laws, residence, vacations, friends (e.g., his “Pakistani mafia” buddies on the fringes of the Bhutto family), and academic study. As he told his biographer David Maraniss in 2011, until he rebelled and moved to Chicago to be a race activist in 1985, he was on a predictable career path toward being employed as a specialist in international relations.

Obama was educated expensively by his family to be a “Muslimist” working for the State Department, a soft power NGO like the Ford Foundation, or a university (such as the U. of Hawaii’s East-West Center) as a diplomat or other go-between between America and Muslim-intensive regions like Indonesia, Pakistan, or East Africa.

On the other hand, Obama is by background a Muslimist rather than an Arabist, with most of his overseas familiarity with Islamic but non-Arab regions. I coined the term “Muslimist” in 2012 as an extension of the term “Arabist,” which has long referred to the small caste of elite Americans who have made it family business to serve as diplomats, missionaries, and educators in the Arab world (e.g., Steve Kerr, coach of the NBA champion Golden State Warriors, is the first Kerr in generations not to make the Middle East his career). Muslimist refers to Americans who specialize in relations with non-Arab Muslim countries around the Indian Ocean.

So no President was better familiarized with the Islamic world, but few have made worse calls than the one Obama made over Syria.