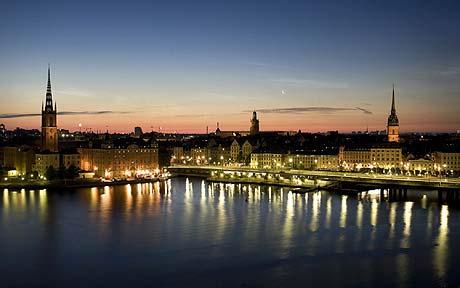 Now that Sweden has invited an unlimited number of Syrians to become refugees of that nation, one citizen has produced a welcome video for the new Syrian Swedes.

Hans Erling Jensen, the video’s speaker, is the Director of Free Speech Europe, which has recently been promoting the work of artist Lars Vilks who has received numerous death threats because of his drawings showing Mohammed as a dog. Modoggies, as the representations are called, also come in sculptural form and are appearing this year and next in the Roundabout Dog Tour appearing in places like Malmo.

Back to the video: it is titled, “Welcome to Sweden, or Sweden Committing Suicide.” It’s one way to answer the nation’s liberal leaders who just gave away everything to a pack of foreigners from an unfriendly culture. Isn’t that act normally considered treason?