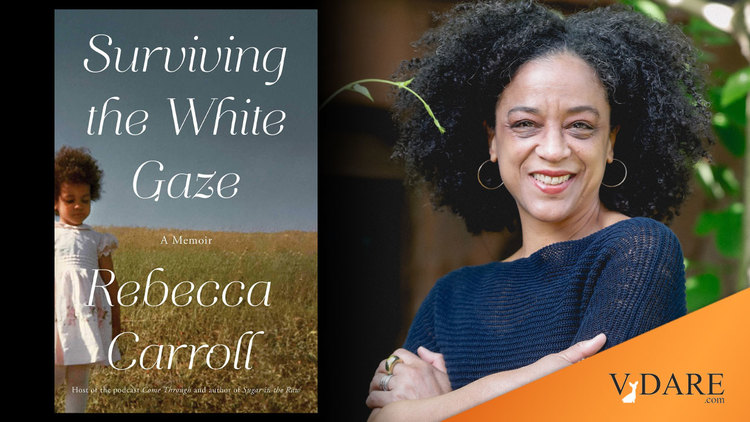 “Surviving the White Gaze: A Memoir” 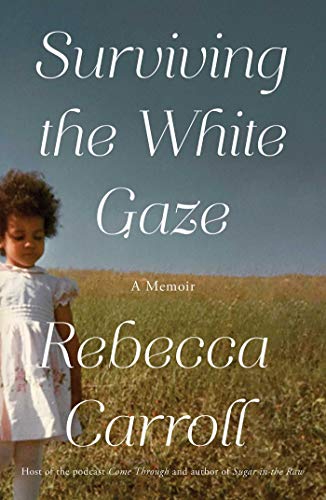 As a Black woman raised by White parents, I have some advice for potential adopters

Rebecca Carroll is the author of “Surviving the White Gaze: A Memoir.”

More than half of the Black adopted kindergarteners in the United States are raised by families of another race — usually, White. And while almost always well-meaning, these White adoptive parents must also know and understand the itinerant racism, fetishizing, adultification and stereotyping imposed on their Black children from an early age.

As a Black adoptee raised by White parents — incredibly loving White parents — in rural, White New England, I feel a vivid sense of urgency to offer some words of advice for White adoptive parents of Black children, and particularly Black girls:

We don’t think about sex before White girls do. Our bodies may develop differently, sooner, broader, but we are still girls inside of these growing bodies.

The race gap in average first menstruation isn’t huge, but, if I recall correctly, it’s something like 8 or 9 months.

Please don’t characterize us in ways that set us up for further stereotyping. If you don’t want your Black daughter to be labeled an “angry Black woman” as an adult, don’t think that calling her “a spitfire” as a child is innocuous. Find and use different language, push beyond your own vocabulary and toward a cultural conversancy — that is part of what it means to parent Black children.

Be careful how you engage with modern tropes, or perhaps more pointedly, resist the urge to turn a phrase Black people made and love and feel good about into a trope — Black Girl Magic looks different through a White lens. We are not magic because you adopted us; we are magic because our ancestors saw us coming and stayed with us in our spirits.

Please don’t fetishize or exoticize how we look. I know it’s tempting to tell us how beautiful we are in a world that doesn’t often find us beautiful

How much of the Great Awokening is simply about black women being somewhat less attractive on average than most other races of women?

, and where the standard of beauty is historically, consistently White

Which is why nobody ever asks out East Asian girls.

, but we can tell when you’re overcompensating for that. Even if you feel bad about having been complicit in perpetuating this notion at some point in your life. Our beauty does not exist because you have given it to us.

Your naivete may be legitimate, but if you legitimately don’t understand how systemic racism works, or the ways in which it will target your child specifically and often, then maybe you shouldn’t adopt a Black child. And I mean that in the kindest way possible.

Please do not suddenly start acquiring Black friends after you adopt a Black child — if you didn’t have any to begin with, meditate on that. If you had a casual Black friend in college, but didn’t maintain that friendship into adulthood and only reference said friend when asked by your Black child why you don’t have any Black friends as an adult, you’re exploiting that Black friend to make yourself seem less racist. And that is racist.

It is also racist to adopt a Black child and raise her in an all-White environment, because you have decided that it’s okay for you to live your life, every single day, until your dying breath, without seeing another Black person. Here is a hard truth: Parenting comes with sacrifices.

Love is lovely. Unconditional love, though, is not unconditional if it then becomes conditional when we talk about race. If you will be unable to love your Black adopted child as a grown Black adult who calls out systemic racism not merely in society at large, but also within the White family you brought that child into, the struggle will be disproportionately real.

And finally, I am not discouraging transracial adoption.

But it does represent a foundational dynamic between Black people and White people in America, wherein White people are setting the tone, the tenor, the structure and the standard of value for Black people who don’t have a voice. Moving past that dynamic will require brutal honesty, radical compassion and almost unimaginable levels of humanity.

Here’s the blurb for her book Surviving the White Gaze:

A stirring and powerful memoir from black cultural critic Rebecca Carroll recounting her painful struggle to overcome a completely white childhood in order to forge her identity as a black woman in America.

Rebecca Carroll grew up the only black person in her rural New Hampshire town. Adopted at birth by artistic parents who believed in peace, love, and zero population growth, her early childhood was loving and idyllic—and yet she couldn’t articulate the deep sense of isolation she increasingly felt as she grew older.

Everything changed when she met her birth mother, a young white woman, who consistently undermined Carroll’s sense of her blackness and self-esteem. Carroll’s childhood became harrowing, and her memoir explores the tension between the aching desire for her birth mother’s acceptance, the loyalty she feels toward her adoptive parents, and the search for her racial identity. As an adult, Carroll forged a path from city to city, struggling along the way with difficult boyfriends, depression, eating disorders, and excessive drinking. Ultimately, through the support of her chosen black family, she was able to heal.

Intimate and illuminating, Surviving the White Gaze is a timely examination of racism and racial identity in America today, and an extraordinarily moving portrait of resilience.