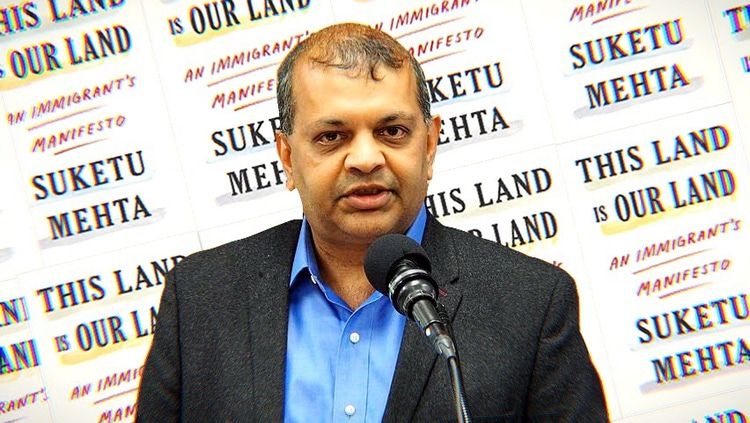 Sukhetu Mehta's Immigration as Karmic Vengeance Against The West

At a time when refugees, asylum-seekers, migrants and illegal immigrants are regarded as trouble-makers, scum, inconvenient and expendable in America and immigration is itself the new four-letter word, there comes a powerful protest from award-winning author Suketu Mehta, himself the son of immigrants.

Like many Indian immigrants, Suketu Mehta’s father and grandfather crossed the oceans, struggled and settled in countries far from their homeland. In his stunning new book, ‘This Land is Our Land – An Immigrant’s Manifesto’, Mehta recounts how in the 1980s his maternal grandfather in London was accosted by an elderly British man who lashed out: “Why are you here? Why are you in my country?”

‘“Because we are the creditors,” calmly responded his grandfather, who was born in India, worked all his life in colonial Kenya and was now retired in London. “You took all our wealth, our diamonds. Now we have come to collect.”

As Suketu Mehta writes, “We are here, my grandfather was saying because you were there.”

It is indeed almost a karmic tale of epic proportions, the end result of hundreds of years of colonial exploitation and abuse by the Masters which stripped the home countries of wealth and jobs – and now the exploited are once again on their doorstep, looking for justice, for retribution.