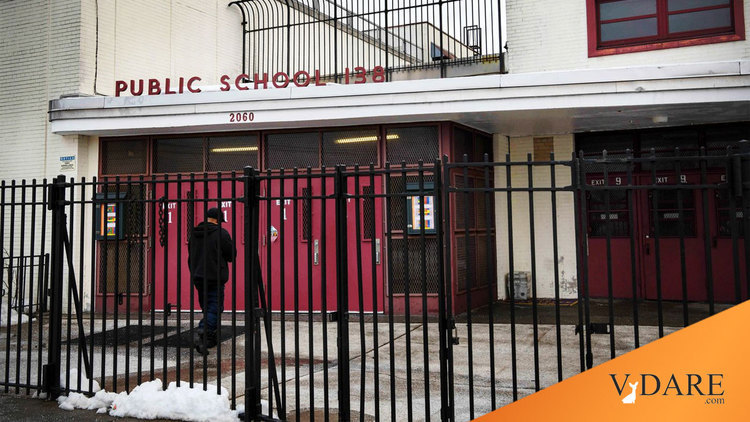 Over the years, I've given Michael Bloomberg a hard time. Why? Well, the billionaire New York City mayor who likes to claim that he has "the seventh-largest army in the world" seems like a worthy foe.

One of Bloomberg's boasts has been that, based on rising test scores, he had fixed the New York City public schools: a few years ago, 82% of NYC students scored proficient or advanced in math!

This braggadocio contributed to his political foes in Albany deciding to toughen the tests, with predictable results. From the NYT:

At their peak, in 2009, 69 percent of city students were deemed proficient in English, and 82 percent in math, under less stringent exams. After concluding the tests had become too easy, the state made them harder to pass in 2010, resulting in score drops statewide. ... Last year, ... 47 percent of city students passed in English, and 60 percent in math.

In New York City, 26 percent of students in third through eighth grade passed the state exams in English, and 30 percent passed in math, according to the New York State Education Department.

Kevin Drum points out that on the federal NAEP test, NYC is down slightly relative to the average big city over the last few years.

There must be something uniquely peculiar about New York since the test score hierarchy turned out to be Asian: white: Hispanic: black. Who has ever seen that ranking before?

The exams were some of the first in the nation to be aligned with a more rigorous set of standards known as Common Core, which emphasize deep analysis and creative problem-solving. ...

By the way, does anybody have an informed opinion on Common Core tests, which are currently slated to go into operation in another 44 states?