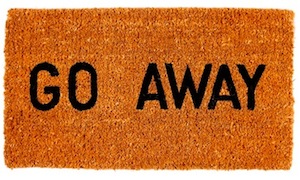 The Obama administration has waged a full-out war against states that are doing the immigration enforcement the feds won’t do.

Arizona has been struggling in court to maintain its state policing, which is based on federal laws already in place. Last May, the Supreme Court upheld Arizona’s workplace identification law.

When state enforcement is given half a chance, it is successful and benefits citizens. In Alabama, unemployment has decreased in recent months as illegals have been forced out by workplace identification checks.

It was disappointing to read today that another state has been stifled in its attempt to protect its people from Washington’s irresponsibility: Judge blocks parts of South Carolina immigration law.

Still, there’s more than one way to skin a cat in the face of powerful opposition, and state leaders haven’t stopped strategizing about how to save America from invasion.

The approaches to unwelcoming foreign job thieves include expanding E-Verify, increasing Secure Communities, invalidating all contracts made with illegals and banning aliens’ transactions with government agencies.

State legislators looking to crack down on illegal immigration in 2012 are turning away from the law enforcement laws that dominated state houses this year, and instead are pushing other measures that can make life just as difficult for illegal immigrants.

Much of the international furor over state immigration laws in states such as Arizona and Alabama focused on the portions that granted local police the ability to conduct roadside immigration checks of people stopped for other crimes.

Alabama leaders are now considering revisions after foreign workers at Mercedes-Benz and Honda carmaking plants in the state were detained under the new law. The U.S. Department of Justice has sued to block four state enforcement laws — Alabama, Arizona, South Carolina and Utah — and Arizona’s law will be in limbo until at least next summer when the U.S. Supreme Court is expected to rule on its constitutionality.

“(Immigration enforcement) bills in other states that were advancing, you may see them stall until we can get clarification from the Supreme Court,” said South Carolina state Sen. Larry Grooms, a Republican whose enforcement bill passed this year.

Mississippi state Sen. Joey Fillingane, a Republican whose enforcement bill passed the state Senate and could pass the House with a new Republican majority there this year, said he won’t let potentially-lengthy reviews of Arizona’s enforcement law stop him from pushing a similar measure.

“We understand from being attorneys and dealing with appeals that rulings can take a long, long time,” Fillingane said. “I don’t think that’s any reason … to stop everything in its tracks.”

But Kansas Secretary of State Kris Kobach, who has helped Arizona and other state legislators craft laws cracking down on illegal immigrants, sees that as the exception. He said legislators will continue expanding the use of E-Verify, which businesses can use to check the immigration status of job applicants, Secure Communities, which allows police to check the immigration status of people booked into local jails, and laws that restrict illegal immigrants from accessing public benefits.

Yet it’s a new provision in Alabama’s law that has caught the eye of many state legislators. Kobach said Alabama was the first state to invalidate all contracts entered into with illegal immigrants. A strict reading of the law could mean that any contract, including mortgages, apartment leases and basic work agreements, can be ruled null and void.

“That is one that has a much greater effect than some people might expect at first glance,” Kobach said. “Suppose an illegal alien is doing some roofing business and wants to rent some equipment. Some short-term or long-term rental suddenly becomes more difficult to do.”

The combination of those provisions “has led to nothing short of chaos in the state,” said Karen Tumlin, managing attorney for the National Immigration Law Center, which was part of a lawsuit against Alabama’s law. “They’ve been applied to a striking range of activities, from getting tags on your cars to getting public utilities to changing title on your cars.”

Pennsylvania state Rep. Daryl Metcalfe, a Republican and founder of State Legislators for Legal Immigration, which pushes for federal and state laws that restrict illegal immigration, said he will wait for the Supreme Court to rule on the Arizona law before pushing anything similar in his state. But he said the recent success of Alabama banning contracts and business transactions by illegal immigrants has placed them on his “wish list” for the upcoming session.

“That’s a very good way to expand the fight to shut down access to revenue that they get,” he said.

North Carolina state Rep. Harry Warren, co-chairman of the state’s Select Committee on the State’s Role in Immigration Policy, said he is intrigued by the Alabama’s law ability to prevent illegal immigrants from securing utilities such as heat and gas. He said that could be part of a package that the committee recommends to the Legislature some time in 2012.

But he worried about some of the unintended consequences that the contract and business transaction provisions have had in Alabama. Legal residents had to wait for hours in lines to renew their car registrations because they had to prove their citizenship.

“Going to the DMV is a long line already,” Warren said. “The only thing you can do in your state is make it less attractive (for illegal immigrants) to come to, a little harder to live here legally. But the flipside is unforeseen circumstances. We need to really try to see what the ramifications would be of the laws that we would pass to try to accomplish those means.”