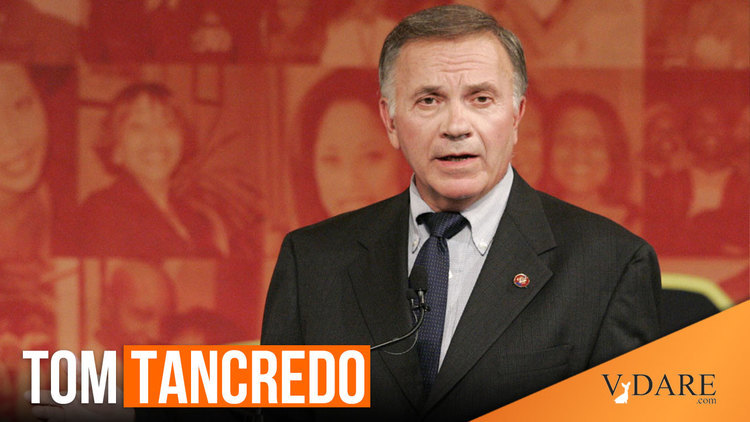 Stand With Tom (Tancredo) Against Rand Paul And ABC News

ABC News has an attack on Tom Tancredo's latest column:

“Rand Paul began his speech in Spanish and it went downhill from there,” Tancredo wrote in an op-ed titled “Why I No Longer Stand with Rand Paul” in the Christian Post. “His speech was filled with virtually every single discredited pro-amnesty cliché you could imagine.”

On Tuesday, Paul gave a speech to the Hispanic Chamber of Commerce in Washington calling for comprehensive immigration reform, including allowing undocumented immigrants to remain in the United States, work legally, and eventually become citizens. Paul, however, never used the word “citizenship” or “pathway to citizenship” in his address.

Tancredo said he even regretted the contribution he gave to Paul’s campaign. He actually praised Mitt Romney’s “self-deport” stance, saying there are not just two options available: legalization or deporting all 12 million undocumented immigrants.[More]

If you go to ABC's comments, you find a lot of hate for Tancredo, because it's an MSM site. The story itself is pretty bad—note the phrase "he actually praised Mitt Romney’s “self-deport” stance".

"Actually", self-deportation is also the official policy of the Obama Administration which, failing to actually deport people, but continues to do I-9 audits,  sometimes known as "paper raids" causing illegals to lose their jobs.

This frequently forces them to self-deport, or as they say, go home.