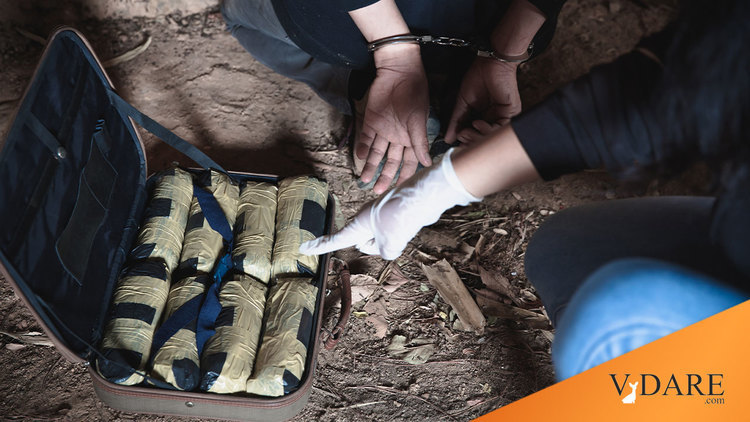 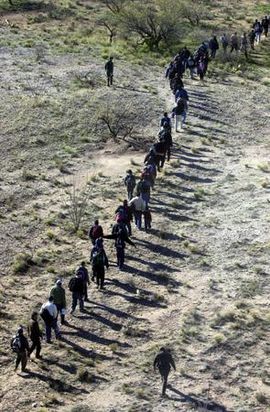 Earlier this week the DHS announced that Secretary Napolitano would present a new plan to deal with southwestern perimeter crime, called the Southwest Border Counternarcotics Strategy.

When Napolitano did make her speech in Nogales, Arizona, only drug smuggling was mentioned, at least as reported by the mainstream media.

Is illegal immigration no longer an acceptable subject for debate? Perhaps the Obama crew believes the invasion crisis will disappear if the administration ceases to speak of it.

In another example of relying on lies, the Secretary declared, "Violent crime along the border is flat and or is going down," as assessment with which many who live there would not agree. When Rep. Ed Royce visited the area last winter, ranchers told him there was "more vandalism, more threats, it was worse."

Last spring, Napolitano scrapped the Secure Border Initiative, a program that was supposed to use technology to shut down illegal entry via a "virtual" fence. But it didn't work very well, so a billion-dollar system went down the drain.

If Washington keeps switching means of enforcement midstream, then it needn't worry about the firehose of illegal alien labor from the south being shut down. The feds have a strategy for failure, and it's working.

TUCSON, Ariz. - The drug fight at the border continues to be an ongoing battle.Â  Secretary of Homeland Security Janet Napolitano and other senior Obama representatives laid out their plan to try and stop drugs and violence at the border.

On a hot afternoon at the Nogales border patrol station, drugs crossing the border was the hot topic of discussion.

"Look, this is a fight that we all need to be in and we need to be in it quite holistically.Â  There's no one enterprise here that owns the problem, we're all in this together," said Director of National Drug Control Policy Gil Kerlikowske.

The goal of the strategy is to reduce the flow of illicit drugs, the proceeds and the violence that comes with it.

"Two things have meshed together our counter narcotics strategy which emphases prevention as well as addiction, the southwest border initiative which is designed to make sure that the United States has a safe and secure border with Mexico," said Kerlikowske.

Two years ago there was a border drug and security strategy unveiled in El Paso.Â  Two years later Secretary Napolitano feels there's been some progress.

But not all in attendance agree that the counter narcotics strategy is working.

"Now the third year into the administration to start talking about mitigating the drug smuggling coming through all across the border and what you're going to do with it," said Pinal County Sheriff Paul Babeu.

Sheriff Paul Babeu feels that the best thing do now is get more man power along the border.

"We need 6,000 soldiers here now for a two year period of time then build the necessary infrastructure and then enforce the law completely across the board," said Babeu.

Governor Brewer has been an outspoken critic of the federal government's security efforts on the border.  Thursday she expressed some trepidation over not being in the loop about Napolitano's announcement.

The governor also demanded that the Obama administration notify her in advance about their border security initiatives.

And truckers, in both the U.S. and Mexico, can now drive commercial cargo throughout both countries.

The North America Free Trade Agreement 17 years ago, led to disagreements on where truckers from each side could go.

Mexican truckers were allowed to travel just 20 miles within America and 75 miles into Arizona.  That led to Mexico imposing tariffs on U.S. products entering Mexico.