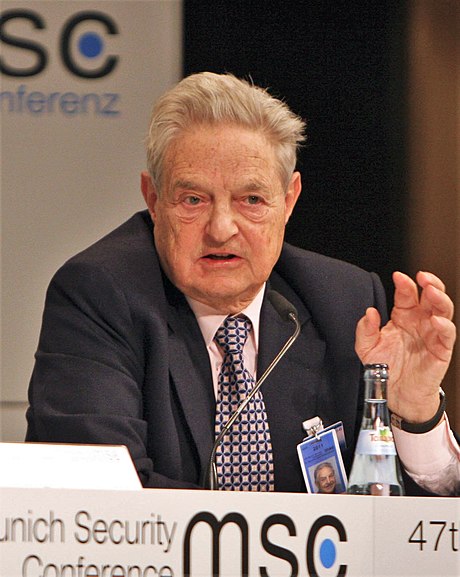 Putin is a bigger threat to Europe’s existence than Isis

The leaders of the US and the EU are making a grievous error in thinking that president Vladimir Putin’s Russia is a potential ally in the fight against Islamic State. The evidence contradicts them. Putin’s aim is to foster the EU’s disintegration, and the best way to do so is to flood Europe with Syrian refugees.

Maybe, George, the EU should not let Putin destroy it by not letting in all those guys in tracksuits?

Russian planes have been bombing the civilian population in southern Syria forcing them to flee to Jordan and Lebanon. There are now 20,000 Syrian refugees camped out in the desert awaiting admission to Jordan. …

The families on the move may not stop in Turkey. German chancellor Angela Merkel flew to Ankara this week to make last-minute arrangements with the Turkish government to induce the refugees already in Turkey to prolong their stay there. She offered to airlift 200,000-300,000 Syrian refugees annually directly to Europe on the condition that Turkey will prevent them from going to Greece and will accept them back if they do so.

Putin is a gifted tactician, but not a strategic thinker. There is no reason to believe he intervened in Syria in order to aggravate the European refugee crisis. Indeed, his intervention was a strategic blunder because it embroiled him in a conflict with Turkey’s president, Recep Tayyip Erdoğan, which has hurt the interests of both.

But once Putin saw the opportunity to hasten the EU’s disintegration, he seized it.

… The fact is that Putin’s Russia and the EU are engaged in a race against time: the question is which one will collapse first.

The Putin regime faces bankruptcy in 2017, when a large part of its foreign debt matures, and political turmoil may erupt sooner than that. …

The most effective way Putin’s regime can avoid collapse is by causing the EU to collapse sooner. An EU that is coming apart at the seams will not be able to maintain the sanctions it imposed on Russia following its incursion into Ukraine. …

As matters stand, the EU is set to disintegrate. Ever since the financial crisis of 2008 and the subsequent rescue packages for Greece, the EU has learned how to muddle through one crisis after another. But today it is confronted by five or six crises at the same time, which may prove to be too much. As Merkel correctly foresaw, the migration crisis has the potential to destroy it.

Okay, well, maybe Merkel should stop letting Putin win by inviting in migrants? Am I not following Master Strategist Soros’s logic here? Or is it just that not letting in migrants is too unthinkable to think about?

When a state or association of states is in mortal danger, it is better for its leaders to confront harsh reality than to ignore it. The race for survival pits the EU against Putin’s Russia. …

– and learned how to exploit it. By arousing latent Islamophobia in the west and inducing the public and governments to treat Muslims with suspicion, it hopes to convince young Muslims that there is no alternative to terrorism. Once this strategy is understood, there is a simple antidote: refuse to behave the way your enemies want you to.

I’m kind of lost here, George … Who are the enemies? Putin or ISIS? Both? So if Putin wants the EU countries to smash themselves to pieces by inviting in more Muslims, therefore the EU’s best strategy to thwart Putin is to … invite in more Muslims?

I dunno. You’ve made an awful lot more money than I have, Mr. Soros, but is there the slightest possibility you are overthinking this?

That reminds me: I have a wacky idea for how the European Union could save itself:

By being for Europeans.

The original idea behind what’s now the European Union is that it would be good for Europeans. But now we keep hearing that the essence of Europeanism is in not being for Europeans.