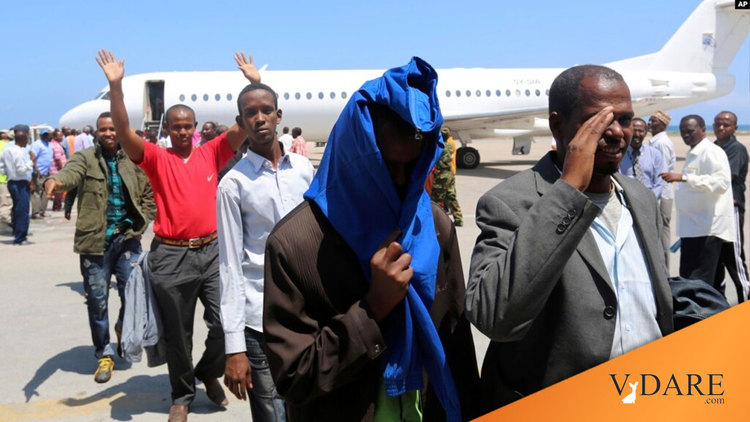 Somalis in the Hallway

Earlier today, the talking heads on Fox were chatting away on the case of the unreported hallway rape in St. Pauland wringing their hands about the failure of people to phone police about a crime in progress. However, no one could bother to mention the cultural aspect of the crime, that the apartment building was populated by Somali immigrants, a group known for their disrespect of women.

The Pioneer Press report didn't mention the diversity of the characters at all. Remarkably, the Minneapolis Star-Tribune did better:

Though the building's resident manager wouldn't provide demographic breakdowns, the tenant list in the entryway is dominated by Somali surnames — a segment of St. Paul's population that police say is often reluctant to report crimes.

That reluctance is of such concern to police officials that Chief John Harrington has been meeting monthly with Somali elders to encourage community cooperation in criminal matters, police spokesman Tom Walsh said Thursday.

Through Wednesday night, the building in the 300 block of Winthrop Street had generated 63 police incident reports this year, with 19 involving various types of disturbances and 11 being 911 hangup calls. [Hallway rape went unreported by neighbors, Minneapolis Star-Tribune 8/24/07]

Naturally, accused perp Rage Ibraham insists he is innocent and the incident was a "misunderstanding."

Right, Somali males do indeed misunderstand the position of women in this country, specifically that gender equality is the law of the land, at least for the time being before we become too diverse.