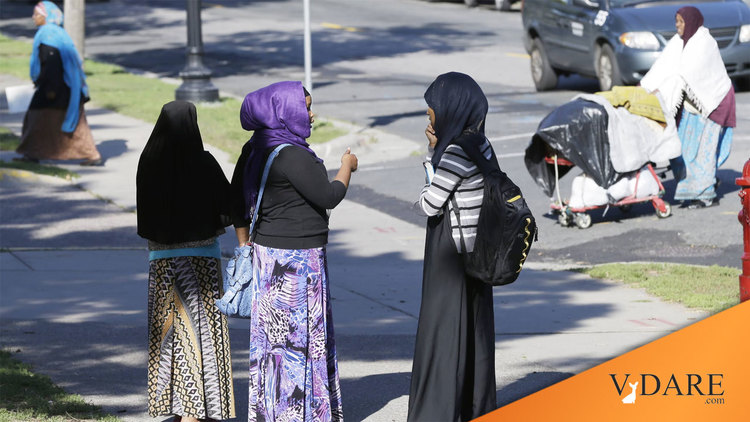 The mainstream media’s willful mis-reporting on many aspects of the immigration issue brings to mind Stalin’s rhetorical Q and A:

"How do we manage the ideological and political work of a party as large as ours? Only through the press.”

Luckily for the public, there is the internet and a handful of local papers which are willing to…well, report on the issue.

This from an eleven-part series on a recent refugee influx in Shelbyville, Tennessee [Somalians respond poorly to local hospitality, By Brian Mosely, Shelbyville Times-Gazette, December 29, 2007 ]

”Over the past few years, this community has given a helping hand and opened their arms to the new arrivals from Somalia.

In return, many of these refugees have given Shelbyville the finger.

When I began researching this story about the Somalis, I knew it would be controversial. We were aware that many in Shelbyville were having serious concerns about hundreds of Sunni Muslims moving here.

But as I began to talk with officials and others about our new neighbors, I was stunned by the reaction. Practically every person I spoke with locally said they had done everything possible to help out the refugees in adjusting to their new home and were treated very badly in return.

On the other hand, some I contacted for background on this story seemed to be so blinded by political correctness that they would excuse any behavior, no matter how upsetting or disruptive, as "part of their culture."

Did anyone involved in integrating these folks into American society stop to think that many in the heartland of America might not share this overly optimistic and myopic view of cultural diversity?

There are also the stories that come from other communities that have many locals nervous. For example, in October of last year, Said Biyad, a Bantu refugee from Somalia, killed his four children in Louisville, Ky., and attacked his estranged wife with a blunt object, turning himself into police afterward. He slashed the throats of the children, aged 2 to 8, because his wife "disrespected" him, he said.

A difference in culture, no doubt.

If Shelbyville's Somali community really wishes to "integrate into different societies to live together and to make our future here," as Imam Haji Yousuf told me, that process must work both ways. The arrogant sense of entitlement demonstrated by these new additions to Shelbyville must stop.

One can not expect a community to keep bending over backwards to help folks, only to treated with rudeness, disrespect and hostility. At some point, our welcoming attitude and southern hospitality will turn into resentment and distrust.

And as the comments posted on our website demonstrates, that is already occurring, in far greater numbers than we ever imagined.”