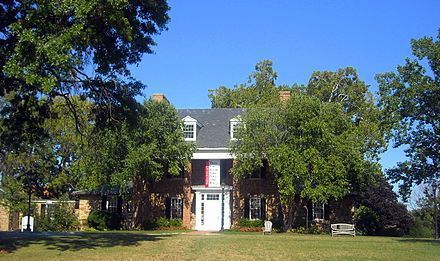 I always thought that it was ironic that Barack Obama was running on "hope" and "change" because those two vague mantras are exactly what Bill Clinton ran on in 1992, what with being from Hope, Arkansas and all. (A couple of months after Clinton's election, I got an invitation to a marketing convention whose theme was "The Power of Change.") But the lack of "change" in the public facade of the nascent Obama Administration is getting pretty funny.

Obama's problem is that he's so inexperienced that he barely knows anybody other than a bunch of thuggish Chicago political operators like David Axelrod and Rahm Emanuel and a lot of unpresentable far leftists with whom he hung out in the 1980s and 1990s. So, for lack of a better idea, he's just plugging in Clinton Administration retreads in the top jobs. The "change" part applied to who gets to be President (and who will get the lower level jobs after the public loses interest).

Besides wooing Hillary Clinton for Secretary of State, the Obamas announced today that they were sending their daughters to Sidwell Friends School, the same pricey ($28,000+) school where the Clintons sent Chelsea. Although Michelle Obama claimed publicly that public schools were under consideration, she never bothered to tour any.

As I wrote in VDARE.com a couple of years ago:

In 1977, when Jimmy and Rosalyn Carter arrived in Washington D.C. from Georgia, they had to subject their daughter Amy to a D.C. public school to prove they weren't Southern racists.

But by 1993, when Billy and Hillary Clinton rolled into town from Arkansas, everybody who was anybody accepted that the D.C. public schools were awful (even if you had Secret Service bodyguards).

So when the Clintons enrolled Chelsea in an expensive Quaker private school, Sidwell Friends Academy, they didn't pay a political price for their hypocrisy.

Howard Kurtz wrote in the Columbia Journalism Review in 1994:

"Equally revealing was media response to the Clintons's announcement that they were sending their daughter, Chelsea, to Sidwell Friends, an $11,000-a-year private school in northwest Washington. When columnist Mark Shields praised Sidwell on The MacNeil/Lehrer NewsHour, he had to note that his children went there, as did Jim Lehrer's and Judy Woodruff's. Woodruff's husband, Al Hunt, made a similar disclosure while defending Clinton on Capital Gang. Carl Rowan touted Sidwell on Inside Washington, pointing out that his grandchildren attended the school. Howard Fineman, whose daughter was in kindergarten at Sidwell, said he "shamelessly lobbied" the Clintons to choose the school."

So don't worry about being duplicitous. Do what the Clintons and all those media liberals, white and black, did–put your children's welfare first!

But, don't you dare put the welfare of your fellow citizen's children ahead of those of people who want to sneak into our country.

By the way, all this talk about Hillary Clinton as Secretary of State reminds me of conversations that must go on these days when they're trying to cast superheroes' girlfriends in big Hollywood movies:

"How about Maggie Gyllenhaal?"

"She looks like a sad cartoon turtle. Why would the hero fall for her?"

"Okay, what about Kirsten Dunst?"

"Have you looked at her teeth?"

"Well, how about Katie Holmes?"

"Yeah, she looks okay. Let's give her agent a ... Oh, wait, no, this is too big a production to risk that her husband will stay out of the way. He's got too much energy. Better cross her off the list."

By the way, the rumor is that Bill Richardson, who had a couple of cabinet posts in the Clinton Administration (where his duties included considering Monica Lewinsky for a job) is in line for Secretary of Commerce. The reason Richardson is always up for Cabinet jobs is because he's 3/4th's Mexican (his grandfather was a raffish WASP from New England who fit in better in Latin America, where he had several families. His more straight-laced dad opened Citibank's Mexico City office long ago). So Democrats figure that appointing Richardson is a good way to pander to the the tsunami of Mexican voters that is always about to arrive.

The problem with Richardson as the perfect Hispandering Ploy is that unlike the Beltway political junkies who are always talking Richardson up, Mexicans don't pay much attention to politics, so most of them don't notice Richardson's 3/4 Mexicanness because he doesn't have a Spanish surname. So, it's a waste.

Moreover, when Richardson is actually indoors working, like he was when he spent months campaigning last year in Iowa and New Hampshire, his tan fades and then he just looks like another white guy with a WASP name, so even the few Mexican voters who watch the political news on TV won't notice they are being pandered to.

After Richardson dropped out of the Presidential race, he disappeared for a long time and suddenly re-emerged, presumably from some beach somewhere (Spring Break in Cancun?), looking like an Aztec sun god and sporting the goatee that makes him now look like the head of the nefarious villainous organization in a big budget action movie. So, unless Obama intends to let Richardson spend most of his time as Secretary of Commerce focusing on increasing American industry's sun tan lotion exports to Cabo San Lucas, he'll end up with just another paleface with an English name. (Actually, permanently stationing him in Cabo seems like an ideal use of Richardson's talents.)