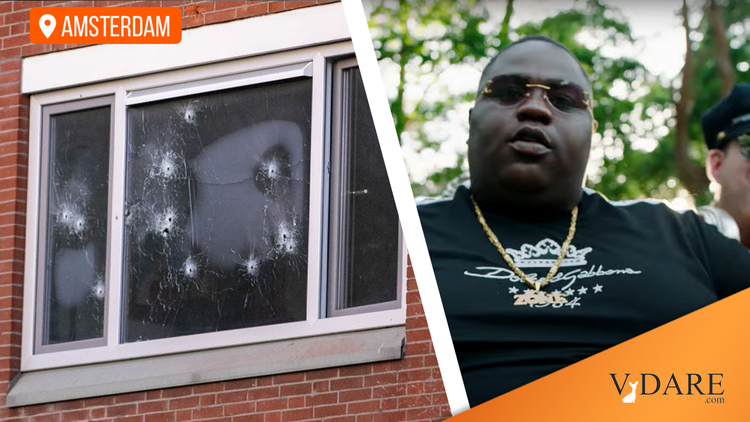 Multiple shots were fired at a home on Nieuwersluishof in Amsterdam Zuidoost during the early hours of Thursday morning. The mother of rapper Bigidagoe, who was injured in a shooting on Vechtstraat on Tuesday, lives in the targeted home, several sources said to Het Parool. …

This is the third shooting in Amsterdam since Tuesday afternoon, when rapper Bigidagoe, real name Danzel S., was gunned down on on [sic] Vechtstraat. He was rushed to hospital with serious injuries, but is now in a stable condition.

During the early hours of Wednesday morning, there was another shooting on Vechtsraat, leaving one man injured. According to Het Parool, that shooting was targeting the house of rapper “Justin van Zuid” on the same street.

Here is a recent video from this proud heir to the unique Dutch culture of Erasmus, Rembrandt, van Leeuwenhoek, Spinoza, Vermeer, Huygens, and Van Gogh.