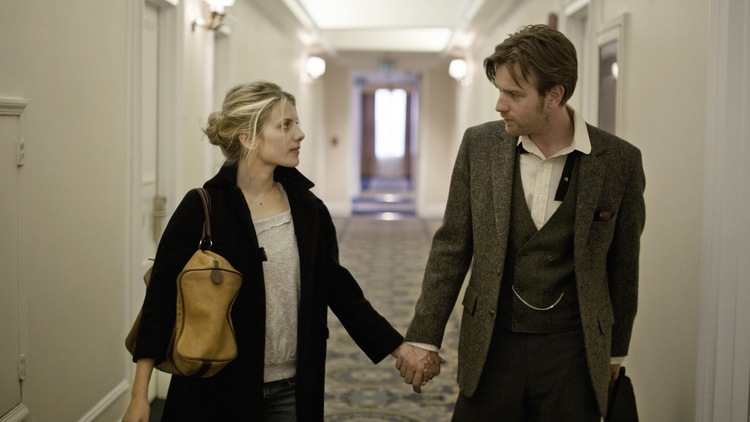 Shooting Fish In A Barrel

Quoting Amanda Marcotte in illustration of Sailer's Law of Female Journalism (That the issue that will tend to most passionately engage non-self-aware female journalists is that society should be turned upside down so that she, personally, would be considered hotter-looking) is kind of a cheap shot because Ms. Marcotte notoriously combines self-absorption, lack of self-awareness, vast reserves of hate, and dimness, but sometimes I can't pass her up:

Well, I'm proposing a test of my own, to save myself the pain of seeing a movie that's advertised as being some kind of intelligent indie film but is yet another example of cliched sexist fantasies being passed off as realistic story-telling. Call it the "Marcotte Test": no more movies or shows where the hero is a decade or more older than his love interest. And if she's under 25, the time span gets shortened to five years. Exceptions will be made for anti-heroes whose attraction to younger women helps establish how deeply flawed they are as people (see: Don Draper).

Right. Women of the blogging class all watch  Mad Men because Jon Hamm's character is so pathetically flawed.

I hate to be a hard ass about this, because I do believe that there are many happy romances between people who are more than ten years apart, but in reality, most people tend to partner off with those who are close in age to themselves. (The average age at first marriage is less than two years difference in the United States.)  And when people do expand beyond the few-year range, there is usually some discussion about the age gap, and some struggle to overcome it. But if you only learned about love from Hollywood movies

Perhaps movies should come with a bold type notice from the Surgeon General: Warning: Don't only learn about love from Hollywood movies! (Also, don't attempt to use a broomstick to fly.)

you'd think that most women needed a man who was nearing or past puberty when she was born, and men are disgusted by women with whom they share generational touchstones with. Sorry, but I just don't know many dudes who say things like, "Yuck, I can't be with someone who was actually buying records when Kurt Cobain was still alive. We'd have way too much in common!"

This test was developed while I was mindlessly reading the preview for the new Ewan McGregor movie "Beginners" in Entertainment Weekly. It's supposed to be one of those quirky comedies about a man who faces some hard times and learns to grow up and find true love, but my enthusiasm for the movie drained when I realized that McGregor, born in 1971, was being paired off with Melanie Laurent, born in 1983. If you want to make a romance a symbol of someone's maturation process, it seems uniquely stupid to make said romance with someone who was still pooping her diapers while you were starting to get your first real crushes.

Once noticed in this movie

In other words, this 33-year-old professional pundit hadn't noticed that there tends to be an age gap between leading men and leading ladies in movies until a few weeks ago.

it began to bug me across the board: Ryan Reynolds is 11 years older than his love interest Blake Lively in "The Green Lantern."

In other words, there's ample disparate impact evidence that Hollywood sex discriminates against younger male actors. Unless, like Shia LeBeouf, you remind Steven Spielberg of himself at your age, it's much harder to get cast as the male lead in summer blockbusters until after you've paid a lot of dues than it is to get cast as the female lead. Call the EEOC!

Ryan Gosling, who is 30, is being paired off with 22-year-old Emma Stone in "Crazy, Stupid, Love". Even Tom Hanks in "Larry Crowne" is 11 years older than Julia Roberts. I'm sure there are more that have passed my notice; these were just the highlighted movies in the magazine.

Or how about in last winter's indie version of Charlotte Bronte's Jane Eyre, in which Michael Fassbender as Mr. Rochester is 12-years-older than 21-year-old Mia Wasikowska as Jane? Or how about all those mangled adaptations of Jane Austen's Pride and Prejudice where the actor playing Mr. Darcy is substantially older than the actress playing Miss Bennett? What woman ever liked 36-year-old Colin Firth as Mr. Darcy in the BBC version of P&P? Or what about how Hollywood ruined Margaret Mitchell's Gone with the Wind by casting Clark Gable and Vivien Leigh? It's all the fault of Hollywood moguls for leaving out popular female romance novelists' commitment to gender equality in age just to stoke their own aging male vanity.

Again, none of this would bother me if it was dealt with honestly or was rare as it is in real life. But when it sits on the screen with no acknowledgment or explanation, it leaves the impression we're supposed to think of the characters as peers, since they're still just close enough in age you can assume they're supposed to be the same age. Which, in turn, thwarts the onscreen image of what a woman actually looks like at any given age. Ryan Gosling is allowed to be and look 30, but are we meant to assume that a woman around that age should look 22? Are we really meant to believe that still-radiant Julia Roberts is the same age as puffy-eyed Tom Hanks?  What women look like at any given age is being subtly erased in movies when we're supposed to assume smooth-faced M?©lanie Laurent is roughly the same age as Ewan McGregor, whose face is replete with the lines of looming middle age.

Okay, now I get it, it's a double bankshot version of Sailer's Law. The problem with casting a 28-year-old actress opposite 40-year-old Ewan McGregor is that audiences will assume the beautiful 28-year-old is actually a beautiful 40-year-old, which will make the 33-year-old Marcotte seem less hot in comparison. I strongly doubt that audiences will do any such thing, but to alleviate Marcotte's worries, I propose: Memo to Hollywood: the surest way to ease Armanda Marcotte's concerns that the women in movies are hotter than she is would be to cast Armanda Marcotte as the sexy lead in all your 2012 releases. Is that too much to ask?