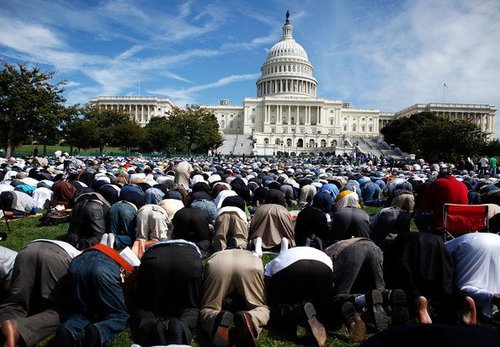 In an enterprising if cynical attempt to stampede the GOP sheep by exploiting the Trump/Muslim moratorium hysteria, the disgusting Senator Leahy (Treason Lobby –VT) has proposed legislation to take away the Federal Government’s ability to manage the immigration inflow: Congress to Consider Easing Passage into U.S. for Immigrants by Adam Kredo The Washington Free Beacon  Dec 9, 2015

Congress is set to vote on Thursday on what some have called an “unprecedented” right that would allow immigrants easier access to relocate to the United States, according to new legislation offered by a Democratic senator.

The legislation, which is being offered by Sen. Patrick Leahy (D., Vt.) as an amendment to a larger bill governing nuclear safety, would prohibit the U.S. government from barring any individual from entering the country based on their religion

Tacking this extremely important legislation onto a completely different bill is of course reminiscent of the squalidly dishonest way the Democrats rammed through the 2009 Hate Crime legislation.

The legislation is a direct amendment to current U.S. laws already on the books.

Congressional critics of the legislation warn that the amendment would facilitate an unprecedented right to immigration that has never existed under U.S. law…

“No Borders” has in fact been Democratic policy since last year as I discussed recently in Democratic Presidential Aspirants Confirm Party’s “No Borders” Policy: Central Americans Respond