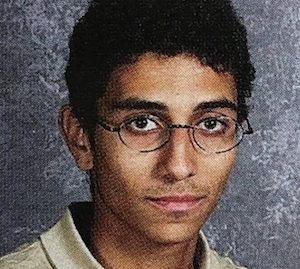 The topic of the troubled second generation, particularly in Islamic families, is one that I’ve examined over time, recently in Government Screening Won’t Stop Second Generation Jihad. In that case, a Silicon Valley executive Sal Shafi contacted authorities because he feared his son, Adam (pictured), had turned jihad and was about to leave to join ISIS. Legal difficulties ensued.

The case was an extreme version of teen development where rejection of the parents’ values is felt as the right way forward to become an individual. Of course, the human brain is not fully developed until age 25 or thereabouts, so some adolescent choices can turn out to be bad ones.

Immigrant teens experience extra stress in the construction of who they believe themselves to be. Immigrant kids are not completely American nor entirely their parents’ tribe. As a result, many associate with others of the same demographic and form gangs based on ethnicity.

Muslim youth face a more consequential choice. The ISIS beheading gang claims to offer “true” Islam, not the watered-down or assimilated version of the parents, which provides a welcoming identity clubhouse to searchy young people.

Below, thousands of young Muslim men from around the world have traveled to the Middle East to join ISIS. 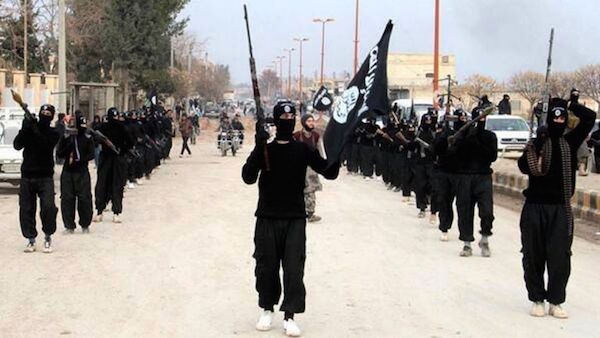 The Washington Times article names a couple recent examples of second generation assimilation failures; I have reported on others in addition to the Shafi family. One was the son of Albanian immigrants Betim Kaziu was sentenced in 2012 to 27 years in the slammer for plotting to murder US soldiers overseas. Another was Mohamed Mohamud, a young Somali who plotted to bomb a Portland Oregon Christmas celebration, whose father (an engineer at Intel) contacted authorities with worries that his son was becoming radicalized.

The problem of second generation radicalization shows that immigration screening of the first generation does not protect America from danger. Islam can act like a recessive gene, becoming active in later generations to kill. Understanding this point means the prudent policy for American national security should be Zero Muslim immigration, period.

The online version of the Washington Times story was headlined somewhat differently:

While immigrants draw much of the attention, it’s their children who are proving to be the most fruitful recruiting ground for radical jihad in the U.S., accounting for at least half of the deadly attacks over the past decade.

The latest instance of the second-generation terrorist syndrome played out in Orlando, Florida, over the weekend when Omar Mateen, son of immigrants from Afghanistan, went on a jihad-inspired rampage, killing 49 people and wounding 53 others in the worst mass shooting in U.S. history. Authorities said Mateen had flirted with other terrorist groups but declared his allegiance to the Islamic State on Sunday morning as he began his horrific spree.

He follows in the footsteps of Syed Rizwan Farook, one of the San Bernardino, California, terrorists who was the son of Pakistanis; Nadir Soofi, one of two men who attacked a drawing competition in Garland, Texas, last year and whose father was from Pakistan; and then-Maj. Nidal Hassan, the child of Palestinian immigrants whose shooting rampage at Fort Hood, Texas, in 2009 set off the modern round of deadly lone-wolf attacks.

In other cases, attackers were immigrants brought to the U.S. as young children. They grew up in the U.S. but were besieged by questions of identity.

“Historically, the ‘high stress’ generation for American immigrants has been second generation,” said former CIA Director Michael V. Hayden. “Mom and Pop can rely on the culture of where they came from. Their grandchildren will be (more or less) thoroughly American. The generation in between, though, is anchored neither in the old or in the new. They often are searching for self or identity beyond self.”

The Sept. 11, 2001, hijackers were all foreigners who gained entry to the U.S. on visas, sparking a heated and still-running debate over the role of borders in trying to keep out would-be attackers.

But the second-generation killers pose a different issue: how to keep children of immigrants from abandoning the precepts of their adopted home.

Presumptive Republican presidential nominee Donald Trump said Monday that the issues are one and the same.

“The bottom line is that the only reason the killer was in America in the first place was because we allowed his family to come here. That is a fact, and it’s a fact we need to talk about,” Mr. Trump said in a speech in New Hampshire.

He revised his call for a temporary ban on admitting Muslims to the U.S., saying it would apply only to travelers from regions connected to terrorism. He said the ban would end once the U.S. has a better idea of who is coming and what values they hold.

Mr. Trump said immigrants from Afghanistan — the home of Mateen’s parents — overwhelmingly “support oppressive Sharia law,” which he said is anathema to American values of diversity. Indeed, Mateen’s father suggested that the killer may have been set off by having seen two men kissing. Mateen’s massacre targeted a gay nightclub.

But some researchers suggest the link to religion is less important than the marginalization immigrants and first-generation Americans may feel. In a study last year funded by the Homeland Security Department, researchers said those who felt instances of discrimination, personal shame or humiliation had higher propensity toward radicalization.

Some policymakers bristle at connecting terrorist attacks to immigration, and it’s difficult to know the outlines of the connection.

Sen. Jeff Sessions, Alabama Republican, and Sen. Ted Cruz, Texas Republican, have repeatedly asked the Homeland Security Department for immigration information on those implicated in recent terrorist plots, but they said they have yet to get a “substantive” response.

That leaves the public blind, Mr. Sessions said in a statement Monday.

“While the vast majority of Muslims are law-abiding and peaceful, we must face the uncomfortable reality that not only are immigrants from Muslim-majority countries coming to the United States, radicalizing, and attempting to engage in acts of terrorism, such as in Boston and Chattanooga; but also, their first-generation American children are susceptible to the toxic radicalization of terrorist organizations,” Mr. Sessions said.

Alejandro Beutel, a researcher at the University of Maryland’s National Consortium for the Study of Terrorism and Responses to Terrorism, said many first-generation Americans face identity issues and often that’s healthy, spurring a desire for greater civic involvement. But some people — particularly those from Muslim-majority societies — can have deeper struggles, caught between seeing themselves as fully American or as part of their parents’ home cultures.

Mr. Beutel said the recruits’ ages play a role. They are typically younger and use the social media platforms that the Islamic State has proved so adept at using to spread its message, fostering a sense of community among those struggling with identity.

“Social media platforms are not only a means to disseminate their propaganda; they’re a way to directly communicate, one on one, with potential recruits,” he said.

The same identity struggles affect other first-generation Americans, but Asian and Hispanic immigrants, for example, don’t have al Qaeda or Islamic State recruiters interested in them, Mr. Beutel said. Instead, they are typically targeted for recruitment by criminal gangs.

Hedieh Mirahmadi, president of the World Organization for Resource Development and Education and an authority on countering violent extremism, said part of the struggle is “religious literacy,” and a saying in Muslim communities that “if you don’t teach your child Islam someone else will.”

Parents are often culturally Muslim but their children are more religiously devoted and seek out instruction online, where they are ripe for recruitment.

“There’s a responsibility for immigrant families to realize that their children may be learning religion online and there may be deviant interpretations online they may be subjected to,” she said.

That’s true not just for Muslim families — one-third of those implicated in terrorist plots are converts, she said.