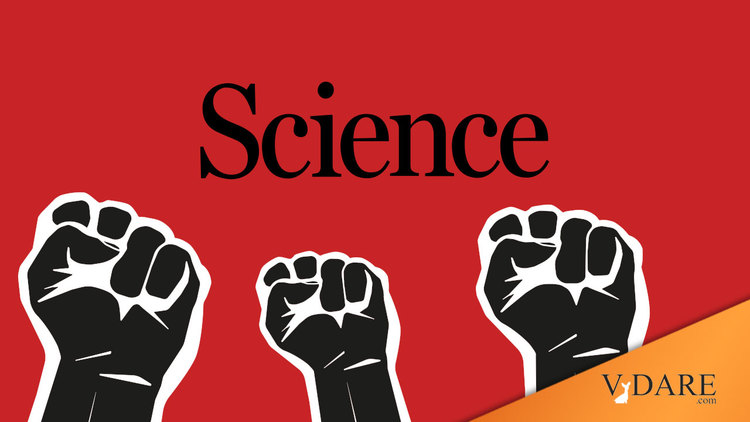 Where were you when “science” jumped the shark?

As science struggles to correct systemic racism in the laboratory and throughout academia in the United States, external forces press on, making it even more difficult to achieve equity on all fronts—including among scientists. The latest example is the decision by the US Supreme Court to hear cases brought against Harvard University and the University of North Carolina (UNC) at Chapel Hill challenging their right to use race as a factor in undergraduate admissions. It is sometimes easy for scientists to let colleagues in other disciplines engage in a debate like this, but the dismantling of race-conscious admissions would deal another blow to equity in science. The Supreme Court has protected affirmative action in the past, but the Court’s current majority of conservative justices could mean the end of the program. This is no time for the scientific community to stay silent. It is a crucial moment for science to mobilize against this latest assault on diversity.

For more than 50 years in the United States, colleges and universities have been using multiple criteria to select undergraduates, recognizing that a diverse student body is essential for the university to achieve its mission. I asked Peter Henry, the WR Berkley Professor of Economics and Finance at New York University, about the economic data on the matter. “Affirmative action corrects a market failure,” he said. “Talent is broadly distributed across the US population, but opportunity is not.” The process gives deserving students a chance that they might not otherwise have, adding excellence to the higher education system. It also acknowledges that not all students have an equal opportunity to excel at objective measures like standardized tests and grades, and it levels the playing field by giving students and universities the chance to spotlight other important attributes and factors in the admissions process.

I know something about this struggle because I was one of the chancellors of UNC who oversaw the admissions policies in question. When the Supreme Court took up the case of Abigail Fisher versus the University of Texas at Austin, I submitted an amicus brief prepared by UNC’s law dean and general counsel. Fisher, a white student, challenged the university’s consideration of race in its undergraduate admission process. Denied admission in 2008, she argued that the use of race in this manner violated her constitutional right to equal protection. In the brief, it was shown convincingly that students chosen for admission based on a range of criteria, including race, ethnicity, and socioeconomic background, fared better than those chosen solely on the basis of standardized test scores and high school grades. This commitment to providing access to higher education has now landed UNC in the courts.

All of this is bad for science. Failure to enroll a diverse undergraduate population has already excluded outstanding people from science, and limiting affirmative action will only make matters worse. But much more insidious are the messages these fights continue to send. It’s bad enough that science faculty haven’t continually updated their methods of teaching to ones known to be more inclusive. Likewise for universities and their processes for faculty hiring, promotion, and tenure that sustain inequity. Now, on top of all that, the highest court in the United States is going to engage in a highly public debate over whether many of the country’s potential future students of science can enter the scientific community, continuing the perpetual message of exclusion.

The cases currently before the court involve claims that Asian Americans are penalized for their race in admissions decisions at Harvard and UNC. As Jennifer Lee, Professor of Sociology at Columbia University, points out in the Editor’s Blog this week, this misrepresents Asian American sentiment: 70% of Asian Americans support affirmative action, and fewer than 10% have reported being passed over for college admissions. As Lee notes, the cases before the court will not address real anti-Asian bias on college campuses.

What can scientists do to counteract all of this? Study the data showing that talent is broadly distributed and then use this evidence to help fight exclusive practices. It’s also important to emphasize that grades and standardized test scores alone are insufficient selection criteria. But more importantly, show up this go-round. Students deserve to see science faculty rise up alongside colleagues in the humanities to support affirmative action. That will be a powerful message of welcome.

Without non-whites, how will we innovate?