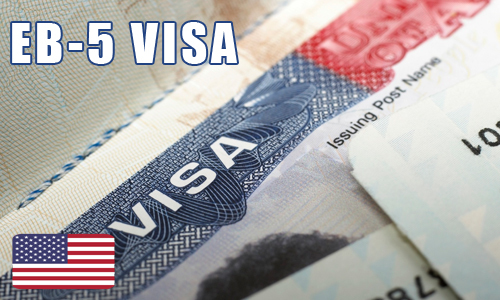 The EB-5 visa (see TEA Party) is called various names, the most common being Investor, Entrepreneur, or Founder. In the year 2000 The Baltimore Sun published a standout series on the EB-5 program that exposed the crime and corruption that is associated with the program. The series was authored by Walter F. Roche Jr. and Gary Cohn. It's a story about the revolving doors between Capitol Hill and the big money lobbyists who influence immigration policy.

The original article on the Baltimore Sun website disappeared from the internet a long time ago, but it can be found in the nooks and crannies of the internet. One of the surprising places to find the complete series of articles is at a website owned by an immigration law firm "Liebman-Mimbu. At the top of the page a lawyer named Stephen W. Yale-Loehr, who became an adjunct professor at Cornell, wrote a comment worth scrutiny:

The series certainly will make it harder for us to revive the EB-5 program. Suggestions, anyone?
Steve Yale-Loehr

In order to understand the significance of that statement, it must be understood that Loehr supports the EB-5 program. He is merely lamenting that bad publicity generated by the Sun articles could slow business down. In retrospect his fears were probably overblown because the story affected very little. A renewed Congressional push to expand the visa and relax the rules shows that nobody in Washington DC learns anything from history.

In the year 2009 Loehr testified before Congress. This excerpt shows that Loehr hasn't learned anything in 10 years except how to shill better:

These examples illustrate that although the number of EB-5 investors is small compared to other green card categories, the EB-5 program packs a powerful economic punch. Consider the incredible impact on the U.S. economy if all 10,000 EB-5 green cards were used each year. The math is simple: 10,000 times $500,000 each is $5 billion dollars. That would be enough to build the new DHS headquarters building. Yet the economic impact is far greater than that. EB-5 investors invest considerably more in the U.S. economy than the minimum capital required. They do so by buying houses, sending their children to private universities, paying local, state and federal taxes, and investing in our economy both through publicly traded securities as well as in private investments. Their job-producing capacities far outstrip their actual EB-5 investment.

Testimony of Stephen Yale-Loehr, July 22, 2009, "Hearing on
Promoting Job Creation and Foreign Investment in the United States: An Assessment of the EB-5 Regional Center Program" Before the Committee on the Judiciary U.S. Senate

The Sun series was 14 pages long. It will interest those that enjoy reading the minutiae of Washington DC high jinks, but for the rest of you I copied a few noteworthy quotes and re-arranged their order to group comments by topics.

The investor visa program was a little-noticed part of the Immigration Reform Act, a sweeping law that reshaped the country's immigration policies. President George Bush called the law "the most comprehensive reform of our immigration laws in 66 years." It was, he said as he signed the bill into law on Nov. 29, 1990, "good for families, good for business, good for fighting crime and good for America." While his predictions may yet come true, a review of the decade-old law shows that it has benefited one group not mentioned by the president — former INS officials and their associates who have pocketed millions in fees from wealthy foreigners willing to invest their savings to join in the American dream.

The law required that immigrants invest $1 million in new or troubled U.S. businesses, or $500,000 in a business located in an area of high unemployment. In many cases, only a small fraction of the total — often just $10,000 per investor — went to the struggling companies. The intent of the law was that each immigrant's investment would create or preserve at least 10 American jobs. However, some of the faltering companies have closed and laid off workers, with at least one filing for bankruptcy.

So, the usual immigration scofflaws were behind EB-5. Kennedy filed the Senate version of H-1B and Senator John McCain co-sponsored it.

During the brief House debate on the measure, Rep. John W. Bryant, a Texas Democrat, expressed strong objections."This provision is an unbelievable departure from our tradition of cherishing our most precious birthright as Americans," said Bryant. "Have we no self-respect as a nation? Are we so broke we have to sell our birthright?"

Bryant understood that the EB-5 program was a pimp and prostitution racket to sell visas. The answer to both of Bryant's questions is "YES".

The investor visa program was controversial from the start. Ten years ago, after the legislation was introduced, Rep. Doug Bereuter, a Nebraska Republican, warned: "If the [Senate] has its way, 4,800 foreign fat cats would be permitted to buy their way into American citizenship, contingent upon their employment of 10 American workers for at least two years. "The issue goes to the heart of what we, as Americans, and our nation are all about," he told House colleagues. "This member would deeply regret to learn that our principles, our values and, indeed, American citizenship itself, is for sale to the highest bidder."

Under the program, known technically as EB5, up to 10,000 visas a year can be issued to investors and members of their family who invest $1 million in a U.S. company for the purpose of creating 10 jobs.

On March 15, 1991, Morrison's press secretary, Paul Donnelly, set up a company in Hyattsville called Investment Immigration Consulting Co. Its purpose, according to Maryland records, was to provide consulting and other services related to the investor visa program.

Morrison and Donnelly deserve additional mention. In 1989 Congressman Bruce Morrison (D-Conn) was Chairman of the Immigration Subcommittee. He claims he was the architect of the H-1B program but many of us believe that Morrison was just a figurehead to push the legislation in Congress. H-1B's true architect was more likely attorney Austin T. Fragomen who probably wrote the entire piece of legislation and just handed it over to Morrison. Donnelly's role as Morrison's public relations spin doctor was to justify H-1B by propagandizing about shortages of high-tech workers. Morrison, Donnelly, and Fragomen are sordid examples of shady deal making and the revolving doors in Washington, DC.

If you want somebody to blame for the H-1B program the triumvirate of Fragomen, Morrison, and Donnelly are as good as any. Donnelly also deserves blame for turning the IEEE-USA into a bunch of brain dead zombies that think it's in the best interest of U.S. engineers for the government to issue unlimited numbers of instant green cards. Morrison and Donnelly still work as lobbyists who push for promoting various types of immigration agendas. Recently in February of 2010 Morrison testified in a hearing held by the USCIS to discuss third party contractor issues (bodyshops).

Making the program more appealing, the rulings [by Paul Virtue, Former INS General Counsel] allowed investment agreements to include provisions ensuring that investors would not lose money. Initially, applicants need put up only $125,000 in cash, not the $500,000 or $1 million spelled out in the law. Under Virtue's rulings, investors could get permanent green cards before being required to follow through with the full amount of the investment. The result was that investors could put up $125,000 and promise to pay the rest, knowing that they would never have to do so.

Fortunately most of Virtue's changes were later overturned, like for instance the lower price of $125,000. However, it's not unusual for these foreign investors to avoid paying the full cost even if they get their permanent residency.

The flood of approved investor visa programs included that of a firm called Wall Street Financial Corp., based in Hawaii. According to filings with the Securities and Exchange Commission, the company attracted more than $1 million in investments through the investor visa program. Wall Street Financial, records show, invested that money in a multimillion-dollar resort in Belize, not in businesses in the United States.

Bait and switches like this are common in the EB-5 program and have been the subject of numerous fraud lawsuits and indictments. See this DHS document to read about EB-5 fraud, and what the DHS claims they are doing to put a stop to it.

In the rush to cash in on the law, the visa vendors have left a trail of victims — from families seeking a new beginning in America to struggling companies needing a promised infusion of cash to keep their workers employed. Now, many of those families are facing the threat of deportation, while many troubled companies that were promised a boost from immigrant investors have closed their doors, leaving hundreds of workers unemployed.

In the entire series not a single word was said about the Americans who have been displaced from the job market as a direct result of the importation of foreign workers by the use of the EB-5 visa. The unemployed workers the Sun was shedding crocodile tears for were immigrant victims, not U.S. citizens. Oh well, it was the Baltimore Sun that published the article so it would be foolish to expect much sympathy for Americans.

Former Democratic Sen. Dale Bumpers of Arkansas, a longtime critic, said recently: "Under the best of circumstances this was a terrible idea. It was just an outrageous concept to me."

Bumpers was right then, and since then nothing has changed.

UPDATE: Be sure to read Diane Alden's commentary in Newsmax "America for Sale" and "Greenbacks for Green Cards" by Jeff Elkins on VDARE.com. Both of these were authored in 2003 and referred to the Baltimore Sun expos?©.