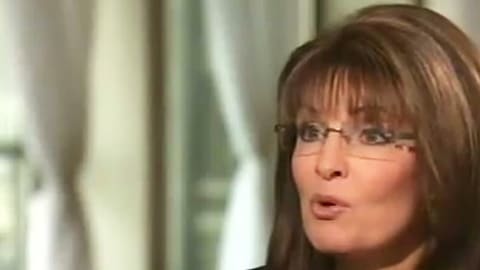 She said this several weeks ago, but I never saw anybody else on VDARE.COM bring it up. You can hear it for yourself here and the segment to which I refer begins at 7:30. Interviewed by Glenn Beck, and with the Statue of Liberty as a backdrop, Sarah was asked about illegal immigration but immediately started talking about legal immigration. Her answer sounds like the standard boilerplate that any mainstream politician of either party would deliver:

Let me address legal immigration. We need to continue to be so welcoming and inviting of those who are represented there by our Statue of Liberty. The immigrants, of course, built this country, and I think Republicans, conservatives, are at fault when we allow the other side to capture this immigration issue and try to turn this issue into something negative for Republicans. I think we need to recognize that, again, immigrants built this great country. There are rules to follow if you want to be part of this great country—let's be sure people are following those rules—but let's welcome this.

Has Sarah Palin ever seriously thought about immigration, the National Question and the demographic transformation facing our country? It sure doesn't appear that she has.