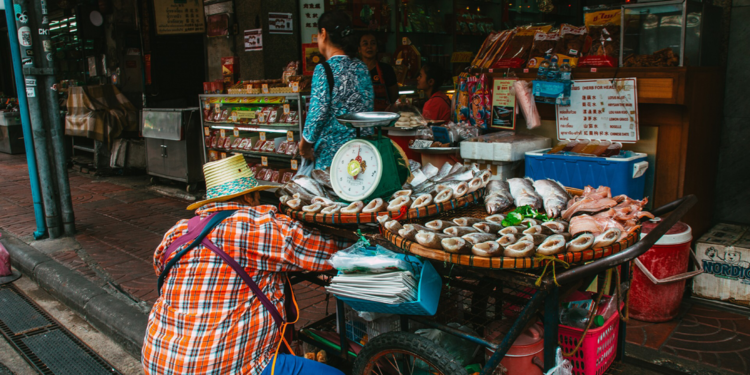 According to the SF Chronicle, the big Asian buzz in Chinatown is how appointed Mayor Ed Lee is not a real Lee. The horror!

The rumor is that his immigrant father bought into the powerful clan when he arrived as a Paper Son. That status arose out of an act of nature that Chinese exploited: when the 1906 San Francisco earthquake destroyed public records, thousands of Chinese fraudulently claimed to be related to persons already residing in California, often paying to do so. Hence the term Paper Son.

The rationalization is that America was a rotten racist country (because of the Chinese Exclusion Act of 1882), so it was okay to cheat. However, the People’s Republic of China has an exclusion policy of all non-Chinese for immigration to this day: nobody immigrates to the PRC. Diversity runs one way only where Chinese are concerned.

It’s noteworthy how the Paper Son theft of citizenship is no longer considered a negative family story to be kept quiet. Now the idea that granddad was an illegal alien who stole American citizenship is no big deal. The controversy isn’t that Ed Lee’s father was a lawbreaking illegal alien, but that he wasn’t a true member of the Lee tribe. Honest dealings with the United States vis-a-vis immigration are simply not valued.

And Chinese are supposed to be a model minority. The truth is that in many cultures, loyalty to tribe trumps everything else. 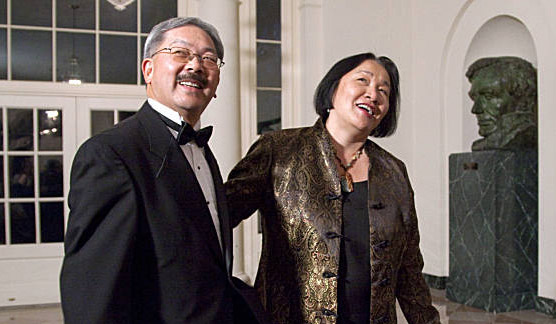 Shortly after Ed Lee became interim mayor in January, the rumor spread around Chinatown. When he announced earlier this month that he was running for a four-year term, the gossip began again. Lee, the whisperers said at banquets and festivals, was not a Lee at all.

While the mayor vows he is really and truly a Lee, the hubbub offers a window into the fascinating world of Chinatown’s powerful family associations, its sometimes heartbreaking history, and the significance and transience of its residents’ surnames.

This much is true: The mayor’s full name is Edwin Mah Lee, and his father, Gok Suey Lee, was born in the Toishan district of Guandong province in southern China.

This much is also true: As a Lee, the mayor is a member of the prominent Lee Family Association, the largest of dozens of family associations in Chinatown.

Formed in the 1800s as social-service organizations for new immigrants, they’re based on surnames that tell where in China one was born. There are roughly 10,000 Lees in San Francisco, an expected boost for the mayor at the ballot box.

Paper son
The Chinatown gossip has it that the mayor is trading on a powerful name that isn’t his own – that his father was born a Mah or a Mar, variants of the same name, and immigrated to the United States as a “paper son,” buying his way into a Lee family already established here.

The paper son phenomenon dates back to the 1906 earthquake, which destroyed government buildings and the immigration records inside them. The 1882 Chinese Exclusion Act had barred most Chinese from entering the country, and many Chinese people living here used the loss of immigration records to claim citizenship and bring in family from China.

Many also, for money, brought people who weren’t related to them. There’s no telling how many paper sons immigrated to the United States to join families that weren’t their own, but Sue Lee, executive director of the Chinese Historical Society of America in Chinatown, said there were probably thousands.

Her own grandfather was one of them. He bought his way into the family of his aunt’s husband, a Lee, and arrived in San Francisco in 1911. His real name was Wong. For years, Sue Lee’s family attended events held by the Wong Family Association, though now she doesn’t attend any.

The story of the mayor’s father is another interesting piece of China’s history. In an interview, Ed Lee said his father was adopted by a Mah family in a neighboring village that had no sons and needed help working its land.

Common practice
Such adoptions of boys were common in the early 1900s, especially in agriculture-based southern China, where manual help was needed, but even occurred in San Francisco’s Chinatown, Sue Lee said.

“Life was very, very tough in China. Families did whatever they could to survive,” she said. “These are very common stories. … Big families couldn’t support all the children, and an aunt or an uncle or a cousin with no children would end up adopting one.”

The mayor doesn’t know many details – including whether his father was purchased by the Mahs, as was sometimes the case – because his father died when the mayor was just 15.

Years ago, the mayor used the help of friends with expertise in genealogy to research his father’s background. He traveled with his family, including his mother, to his father’s home village and saw the Lee house where his birth family had lived. It was very modest with dirt floors and its original worship place inside it, he said.

“That was where he brought my mom back after their wedding,” the mayor said. “We had some people who were kids at the time tell my mom, ‘Oh, you were the pretty lady we had to go down and fetch water for.’ They were asked to fetch water for the newlyweds.”

The mayor said his father had always told him, ” ‘We’re Lees, but we have lots of friends in the Mah family,’ ” and that was why he’d given his son the middle name Mah. But the mayor did his own research just to be certain.

“I went back to see these very people who were part of his family,” the mayor said. “I wanted to make sure about it, just for the family’s sake, and they confirmed that he was a Lee.”

The mayor’s father took the Lee name back upon moving to the United States in the 1930s. He raised his family in the Beacon Hill neighborhood of Seattle, running a cafeteria-style restaurant.

The rumor mill
Some members of the Lee Family Association are certain the rumor that the mayor isn’t a Lee is being spread by one of the mayor’s strongest challengers in his race for election: state Sen. Leland Yee.

“I’m sure it’s from Leland’s camp,” said Steven Lee, past president of the Lee Family Association. “There are a lot of Lees in San Francisco, and he wants to get some of their votes. It’s as simple as that.”

Tony Winnicker, the mayor’s campaign spokesman, said, “Step aside, Sarah Palin and Donald Trump. We have a new birther movement right here in San Francisco, and this one is just as baseless and desperate as the one against our president.”

“That is so great,” he said with a laugh. “Create a rumor about yourself, blame it on somebody else and say, ‘Oh my god, we’re being attacked.’ Classic!”

The mayor, for one, dismisses the whole thing as “silly.”

“I’m proud to be a part of the whole family association network in general. They’ve appreciated me being the first Chinese mayor,” he said. “They probably want me to be a Chin, too, and a Woo. They want me to be everything.”