Why does anyone consider the DACA types to be appealing human beings? They are among the most demanding and self-absorbed people on the planet, plus often being demonstrably vulgar, as shown below: 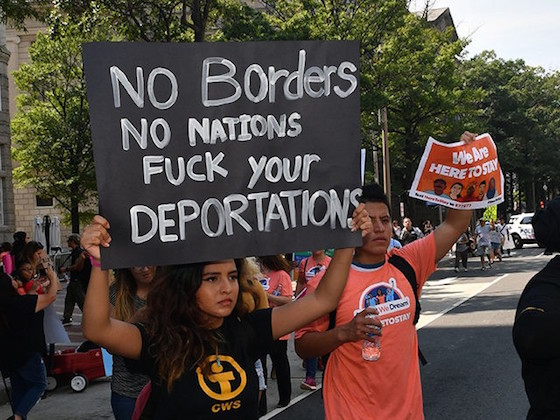 Democrats use DACA pests as a stalking horse for a mega-amnesty for the 10 or 30 million lawbreaking foreigners now residing in the United States. The Dems ignore stunts like a group of DACAs loudly confronting Rep Nancy Pelosi when she was trying to help them.

President Trump thinks he can do something about immigration by offering amnesty with citizenship to 1.8 million DACA foreigners. Naturally, the demanding dreamers weren’t happy with his unduly generous proposal. Whatever the deal, it’s never enough.

Plus it’s interesting to note the ages of the persons mentioned in the article below. People who should know better still call them “kids” when DACAs are in fact nearly all adults.

Here are the names with ages stated in the San Diego paper: 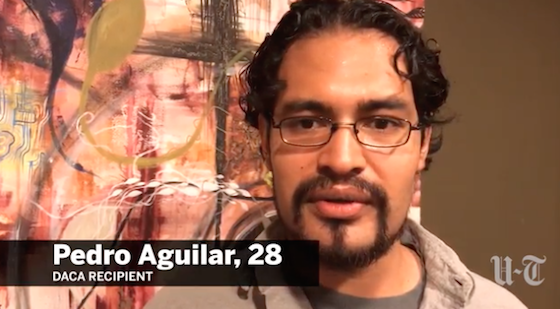 The sense of entitlement exhibited by this gaggle does not inspire confidence for a future as responsible American citizens. Most (79 percent according to Pew) are from Mexico which happens to be a very wealthy nation, currently ranking #15 among world nations for GDP. The DACAs could likely do well in their home country with their US educations — doesn’t Mexico need energetic young people?

DACA recipients react to Trump’s state of the union address

Nine young unauthorized immigrants who are currently protected from deportation through an Obama-era program known as Deferred Action for Childhood Arrivals, or DACA, hoped that Trump’s speech might provide answers to a question that’s been on their minds since Sept. 5 when he ended the program — what would happen to them now.

They said they were disgusted with Trump’s rhetoric which continued to emphasize a narrative of immigrants as criminals.

“They have always painted us as criminals when we contribute so much,” said Luis Tinoco, a 35-year-old DACA recipient from Mexico who owns an auto mechanic shop. “We’re all here. We’re educated. We come from families with moral characters.”

“What we’re asking for is not much,” said Pedro Aguilar, a 28-year old DACA recipient from Mexico who works as a site planner. “I think by demonizing us, he really does a disservice to America. We’re here to improve the lives of everyone.”

Ali Torabi, a 27-year-old DACA recipient from Iran who hosted the watch party at his home in Torrey Highlands, was angry that Trump didn’t acknowledge the DACA recipients who were there as guests of many members of Congress. Karen Bahena, who works as a research coordinator at UC San Diego, attended with Rep. Scott Peters.