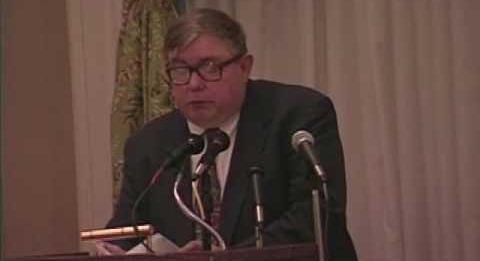 Sam Francis on CSPAN? Maybe Not 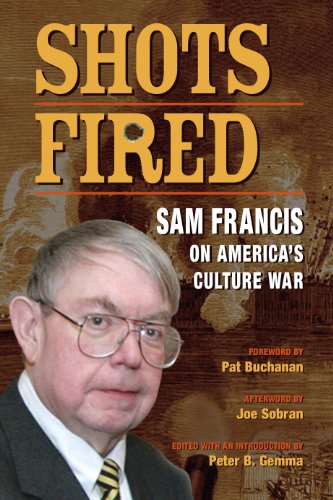 Last Tuesday's conference at Washington D.C.'s National Press Club to mark the publication Shots Fired, the collection of the writings of our much-missed columnist Sam Francis was a great success in terms of attendance and media presence, and a credit to the organizer, Fran Griffin. I hope to post my speech as soon Fran sends me the tape - as usual, I spoke from notes. For a lumpen left shock/ horror reaction to my opening joke ("The problem with immigrants as we know is that they…talk fast and nobody can understand them. If that happens here, please raise a fiery cross or some other cultural symbol and I will renew my effort to assimilate acoustically”), click here. There is no limit to these people's stupidity and humorlessness.

CSPAN was there, but VDARE.COM readers probably won't get to watch the conference because of an extraordinary performance by E. Michael Jones, editor of Culture Wars and a prize specimen even by the standards of my lifelong study of characters on the American Right. Jones denounced Elizabethan England, Puritans, capitalism, Protestants, "revolutionary Jews" (but not all Jews, he was quite nuanced) and, for good measure, the idea that race matters or that America was ever a nation.

I like Catholic bigots as much as anyone else, but this had nothing to do with anything Sam Francis ever wrote - except where it actually contradicted his views.

Sam felt bitterly that he never had the recognition he deserved while he was alive. Jones ensured that he won't get it now that he's dead.