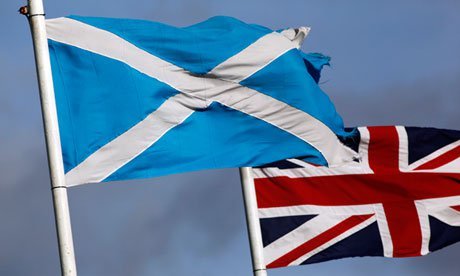 Thursday’s referendum in Scotland on independence from the United Kingdom is difficult for contemporary Americans to understand, since secession has been unthinkable in the United States from the moment Pickett’s Charge at the Battle of Gettysburg fell a few yards short of success. Americans, as General George S. Patton observed, love a winner and will not tolerate a loser. And secession didn’t win.

But earlier Americans appreciated that nothing human is eternal, and that political arrangements can and should be restructured to serve new needs. As an American once observed:

“When in the Course of human events, it becomes necessary for one people to dissolve the political bands which have connected them with another, and to assume among the powers of the earth, the separate and equal station to which the Laws of Nature and of Nature’s God entitle them, a decent respect to the opinions of mankind requires that they should declare the causes which impel them to the separation.”

On the other hand, the Scottish National Party that controls Scotland’s Assembly has yet to declare a particularly persuasive set of causes for separating from what has been, on the whole, a wildly successful 307-year-old union.

We are supposed to believe that the Scots have endured too long under the insufferably alien lash of David Cameron, Gordon Brown, and Tony Blair.