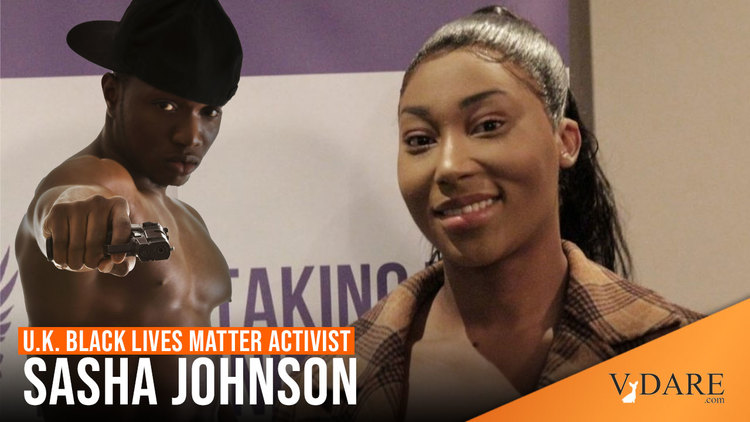 Sailer's Law Applies Even In London

There was a huge flurry of hope in the British media over the weekend that this would be the long-dreamt of real-life example of White Supremacists attacking Black Lives Matter heroines.

But instead … it turned out to be another example of the racial reckoning correlating with black exuberance which correlates with black parties which correlate with blacks firing inaccurately into crowds of blacks. From the bottom of the BBC’s latest report on the case:

She said Ms Johnson had been at a party or gathering when she was injured but she did not believe “she was the intended victim”.

“As far as I am aware… this incident is more related to rival gangs as opposed to her activism,” Ms Ayton said.

Detectives from the Met’s Specialist Crime Command have been investigating at the scene and the surrounding area and are pursuing a number of lines of inquiry.

It is believed the shooting happened near a house where a party was taking place and a number of people may have been in the area, a Met Police statement said.