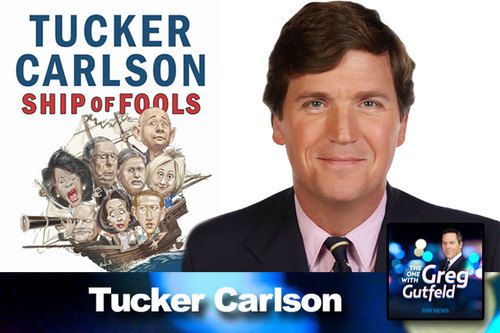 Shortly after this month’s election, an Antifa mob descended upon the Washington, D.C., home of Fox News personality Tucker Carlson, his wife, and their four children, chanting, “Tucker Carlson, we will fight. We know where you sleep at night.”

Why all the hate for Carlson? …

The funny thing is that Carlson, a lifelong Republican, has drifted leftward on economics and foreign policy in recent years, as seen in his new best-seller, Ship of Fools: How a Selfish Ruling Class Is Bringing America to the Brink of Revolution.

Carlson, who voted for Ron Paul in 1988, has largely left behind his youthful economic libertarianism. For example, he now asks:

Why do we tax capital at half the rate of labor?

The central theme of Ship of Fools is that the convergence toward the reigning elite consensus of economic conservatism and social progressivism is better for the people at the top of society than for maintaining a stable middle-class democracy:

The marriage of market capitalism to progressive social values may be the most destructive combination in American economic history. Someone needs to protect workers from the terrifying power of market forces, which tend to accelerate change to intolerable levels and crush the weak.