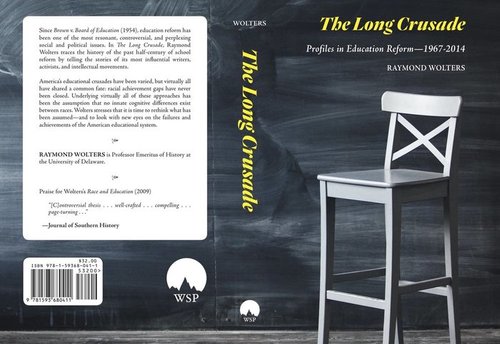 Sailer Review Of THE LONG CRUSADE: A Magisterial HBD-aware History Of Education Reform

My new column in Taki’s Magazine is a review of an important new history of American education reform efforts from an HBD-aware perspective:

My old friend Raymond Wolters, a professor of history at the U. of Delaware for 50 years, has come back from five months in the hospital waiting for his lung transplant to write the first narrative account to make sense of the fads and fashions that have roiled K–12 public schools since the failure of forced busing to prove a panacea for racial disparities in school achievement: The Long Crusade: Profiles in Education Reform, 1967–2014.

(By the way, seeing myself quoted alongside more respectable figures, I have to admit that I really do come across as a sarcastic bastard.)