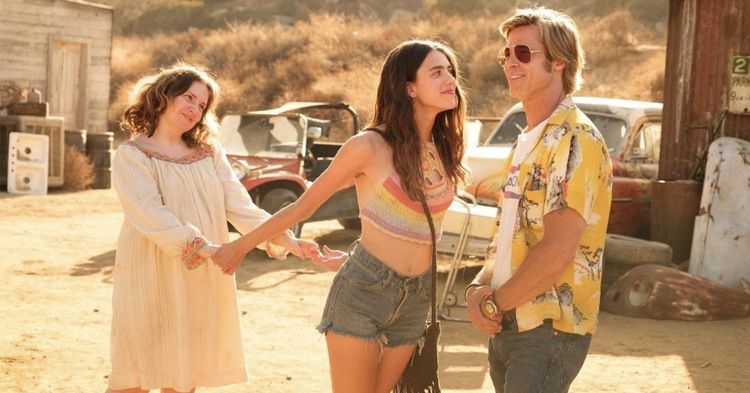 Sailer Review Of ONCE UPON A TIME...: "Tarantino Punches the Damn Dirty Hippies"

The stifling conformity of the Great Awokening has now driven even Quentin Tarantino to the subversive right. His immensely enjoyable buddy comedy Once Upon a Time In Hollywood, starring Leonardo DiCaprio and Brad Pitt at their considerable best, has The New Yorker fulminating that it’s “obscenely regressive.” Critic Richard Brody complains, “Tarantino delivers a ridiculously white movie” that “celebrates white-male stardom (and behind-the-scenes command).” …

Prosecutor Vincent Bugliosi was much appreciated within the entertainment industry for portraying Charles Manson as an LSD-crazed apocalyptic avenger. Bugliosi’s masterful job of making Manson seem like the ultimate outsider sidetracked the question of why a lowlife jailbird like Manson had become something of an insider at the best parties in the Hollywood Hills.

Without all the Helter Skelter stuff, Manson would seem less like the Antichrist and more like an ambitious pimp, an ex-con who was adept at chatting up runaway girls fresh off the Greyhound bus.