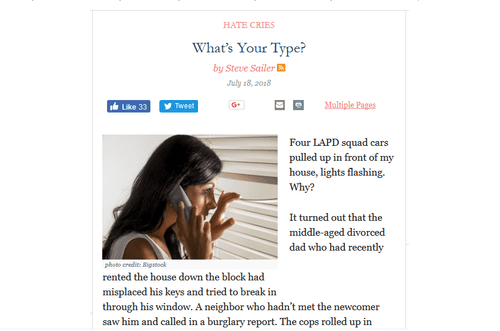 What’s Your Type?
by Steve Sailer

… Ever since the Starbucks bathroom crisis in April, America has been going through a media moral panic in which a white man (or, more often, a white woman) who commits a Type I error at the expense of a black person may be fired and permanently keelhauled in the press. …

It’s particularly noteworthy that white women are the designated villains in many of these media morality plays. You might think that in the #MeToo era, women’s worries about their personal security would be viewed at least somewhat sympathetically.

Instead, white women are finding themselves pretty far down the intersectional totem pole. For instance, The New York Times has printed the racial slur “Becky” three times over the past five weeks while demeaning white women.