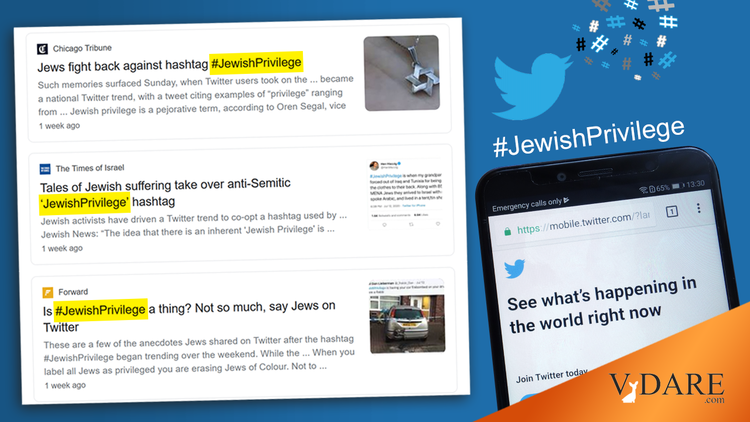 How big is the wealth gap in the U.S. between Jews and gentiles? Judging from the Forbes 400, where 35 of the top 100 names are at least half Jewish by ethnicity, it would appear the ethnic gap is about as big as the race gap.

But is it due to Jewish privilege?

Well, to the extent that “white privilege” is said to be proven by whites, on average, having nicer things than blacks, then “Jewish privilege” must exist because Jews appear to own nicer stuff than non-Jewish whites. On the other hand, perhaps “privilege” isn’t a wholly adequate perspective on who is rich and who is poor?