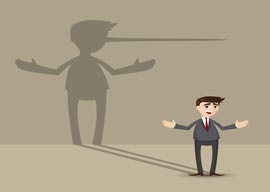 The latest liberal hoax exposed is a happy face mirror image of the U. of Virginia rape fraud: a massively publicized paper in Science, the most prominent American peer-reviewed academic journal, about how to market gay marriage to minority voters that turned out to be a complete swindle, another exercise in catfishing made-up people into electronic existence.

And yet the most interesting point about this ignominious affair is that even if the paper had been utterly legitimate, it still wouldn’t have been “science” in the sense that most people understand the word: as a search for relatively permanent truths. Instead, it would have just been marketing research.

And that illustrates out a long-term trend. In our Age of Gladwell, leftist social scientists are increasingly giving up on looking for truths about human beings, which could get them in trouble if they found them, and reconfiguring themselves as handmaidens of the marketing industry.