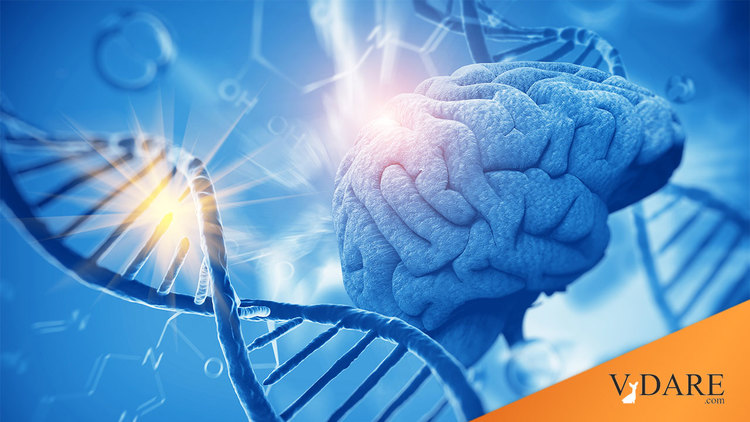 From the American Journal of Psychology:

Published By: University of Illinois Press

mean intelligence differences between racial groups are completely environmental in origin, whereas others postulate a mix of genetic and environmental causes. In this article I discuss 5 lines of research that provide evidence that mean differences in intelligence between racial and ethnic groups are partially genetic. These lines of evidence are findings in support of Spearman’s hypothesis, consistent results from tests of measurement invariance across American racial groups, the mathematical relationship that exists for between-group and within-group sources of heritability, genomic data derived from genome-wide association studies of intelligence and polygenic scores applied to diverse samples, and admixture studies. I also discuss future potential lines of evidence regarding the causes of average group differences across racial groups. However, the data are not fully conclusive, and the exact degree to which genes influence intergroup mean differences in intelligence is not known. This discussion applies only to native English speakers born in the United States and not necessarily to any other human populations.

Warne is a professor at Utah Valley U. and the author of In the Know. Debunking 35 Myths about Human Intelligence.