"Royalty is in our DNA"—The Black Hype for 'Black Panther' Represents how Blacks Privately View Themselves: As Kings and Queens

The Ron Clark Academy in Atlanta, a 96% black middle school, is a goofy private school spending nearly two times per pupil as other schools in the state of Georgia.

It's also the home of the latest viral video for the upcoming Black Panther film (one inspiring black people to take the #BlackPantherChallenge and pay for young blacks to see the oozing-with-black-supremacism movie), where the black students learned they'd be going to it for free.

“Black Panther” is one of the most anticipated films of the year, and one school just surprised all of its students with tickets. 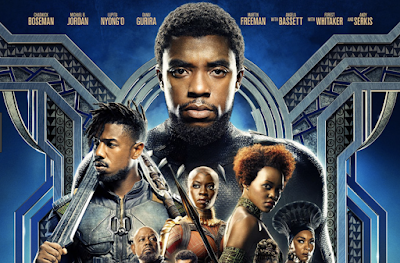 If you ever wanted to get a glimpse of how black people privately view themselves, it's magnified ludicrously in Black Panther.

Ron Clark Academy, a middle school located in southeast Atlanta, recently posted a video of its students dancing and chanting after learning they were headed to the theaters to see the action flick, out Feb. 16.

The school, which has 120 scholars, uploaded the clip on its Facebook page Friday with the caption, “that moment when the whole school finds out they’re going to see Marvel’s new movie, Black Panther!”

Not only will the kids gather to watch the motion picture, they will also have a day of cultural classes, featuring lessons on African art, dance, music, math, science, history and spirituality.

“The beauty of African traditions are woven into a sci-fi film with tremendous opportunities to have discussions about cultural and identity,” Susan Barnes, the art teacher at the school, told the Atlanta Journal-Constitution. “Furthermore, to see a black male lead as a superhero is very powerful for our students because traditionally superheroes have been white.”

Starring Chadwick Boseman, Michael B. Jordan, Lupita N’yongo and a host of others, the Ryan Coogler-directed movie follows Black Panther, or T’Challa, as he returns home to his African nation of Wakanda to reclaim his throne.

The entire staff, which is a diverse bunch from different backgrounds, is excited about the event, and they said they’re enthusiastic to “provide an opportunity for discussion and reflection that will be powerful!”

Wakanda isn't real, but the fictional African nation represents the exact type of world Africans in America believe they'd create if it weren't for the pernicious influence of systemic racism, implicit bias and white privilege. Black Panther is a movie playing upon blacks embarrassingly unjustified high self-esteem ("royalty is in our DNA," and "create vivid images of black excellent").

Watch this video of blacks celebrating the free ticket to see the movie (and how the fictional movie will be incorporated in their history and math curriculum) and notice if you can find an image of one of the lone white students at the black empowerment middle school...