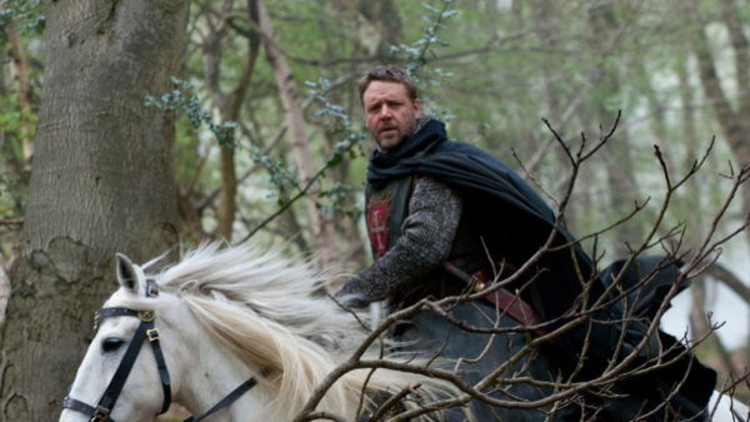 Sir Ridley Scott’s Robin Hood turns out not to be the expected proto-superhero summer blockbuster. Instead, it works best as an intricate political allegory about how the recently defeated New Labourites of Tony Blair and Gordon Brown betrayed England through their stratagems of invade the world, invite the world, and in hock to the world.

It’s 1199, and King Richard the Lionheart has bankrupted England with his military adventuring in Muslim lands alongside other Western leaders. Richard’s brother and rival, King John, in a naive alliance with rapacious foreigners, sets out to tax the freemen of England dry. The true Englishmen finally rise up, demand a great charter of rights from their ruler, and then fight the Continental invaders on the beaches and on the landing grounds.

In globalist Cool Britannia, this manner of blatant English patriotism is tolerated mostly just during the quadrennial World Cup soccer tournament (which begins in three weeks in South Africa). Yet, xenophobia, especially an irrational loathing of the French, has historically served the offshore islanders well. Paul Johnson wrote in A History of the English People:

”Isolation… is the most consistent single thread running through the tapestry of English history…[It is] the attitude of mind of a people who live on an island and wish to keep the sea as their frontier… It inhibits the systematic involvement with the land-mass which diminishes, and in the end destroys, the island privilege.”

Not surprisingly, the film has opened strongly in the U.K. American audiences, however, have been puzzled (not without reason) over why Robin Hood doesn’t have much to do with, well, Robin Hood.