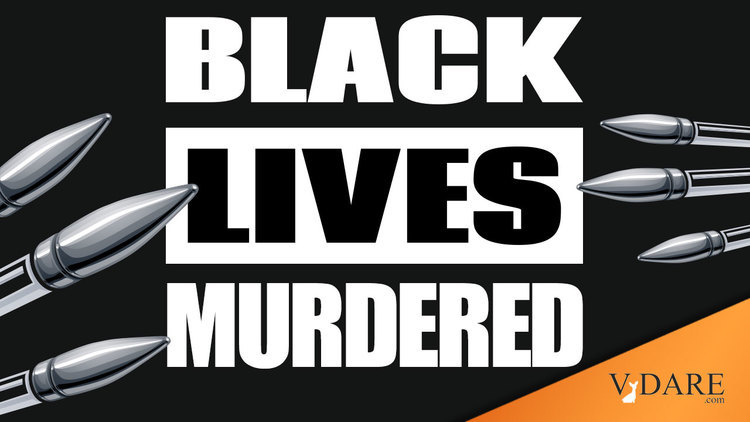 As I’ve been pointing out, the racial reckoning increased both shootings and traffic fatalities. Now, it turns out, not surprisingly, it has also boosted road rage shootings:

From WXYZ in Detroit:

2021 is on track to be the deadliest on record for road rage, data shows

Shootings on the freeway are more common now than ever before, and in metro Detroit, half of them are the result of road rage.

(WXYZ) — At times, driving metro Detroit freeways can be a bit stressful, leading to tense situations or even arguments, and now more often than ever before, those arguments are ending in gunfire.

“It was ready to shoot. He just pulled it out and shot,” said Elhadi.

Elhadi was driving when he saw a car driving recklessly; he decided to roll down his window and exchange a few words, not thinking it would lead to gunshots.

“What did I do to you to deserve to get shot? Like swear, throw fingers, this is normal things. But for you to raise a gun and shoot at people? This is not normal at all,” said Elhadi.

Elhadi was lucky to escape without injury. Some road rage shootings have been fatal, including one this week in Troy, where a 55-year-old Detroit Fire Department lieutenant was shot and killed.

“We’re actually getting in arguments and shooting each other over not using a turn signal,” said Michigan State Police Lt. Mike Shaw.

In his 2 decades with the Michigan State Police, Lt. Shaw says he’s never seen this level of violence on the roads. …

“This is a huge problem we’re seeing not only here in Detroit, across the state of Michigan, but the entire country,” said Lt. Shaw.

According to Everytown for Gun Safety, in the U.S. there have been nearly double the number of road rage deaths and injuries in 2021, compared to any other year on record, estimating that every 18 hours, a person is either injured or killed in a road rage shooting.

“If current trends continue, 2021 is on track to be the deadliest on record in terms of road rage,” said Sarah Burd-Sharps, director of research for Everytown for Gun Safety.

OK, this graph isn’t the most self-evident one you’ll ever see, but it displays a cumulative trend of cumulative road rage casualties across the months for each year from 2017 (darkest line) through May 2021 (the faintest line). 2020’s road rage totals took off once the Racial Reckoning was declared and 2021 is continuing the trend through the cool months.

Burd- Sharps says there are likely multiple factors that have led to the increase, including stress from the pandemic and record gun sales. She believes more could be done to bring the number of shootings down.

“There are policy solutions,” Burd- Sharps said. “Not trying to say no guns, but saying let’s go at this responsibly. Let’s have policies and laws that avoid a situation where a loaded gun is available in a tense situation to somebody who should never have a gun in the first place.”

In other words, just about every gun that is used in a road rage incident is illegal, but due to social distancing and the racial reckoning, the cops haven’t been doing much about criminals driving around with guns since the pandemic started and/or George Floyd died. Searching the cars of likely criminals for illegal firearms isn’t considered gun control these days, it’s considered racism. So lowlifes are driving around more with guns ready at hand and taking pot shots at people who piss them off.

Lt. Shaw says the focus needs to be on conflict resolution and learning how to deescalate tense situations.

“I think it’s always interesting where the gun is the focal point on it. We need to bring it back to the person,” Shaw said. “The gun is just a gun. It’s the person that brings it out there and does illegal things with it.”

But most illegal things done with guns are done with illegal guns. But criminals aren’t as scared of illegally carrying a gun with them in 2021 than they were in the past because having cops arresting criminals for illegal guns is not who we are anymore.

In June, after 2-year-old Brison Christian was gunned down on I-75 in a non-road rage shooting, Detroit police announced Operation Brison, working with other departments to increase patrols on freeways.

Cops are making fewer stops but hauling in more illegal guns. So how many more guns are being carried around out these since the racial reckoning began?

Joe Biden wants voters to believe the big problem with crime these days is that law-abiding citizens have more legal guns locked up in their gun safes than before the pandemic and George Floyd, but it sure seems to me that the big problem with crime is the more criminals are carrying their guns with them more often because they fear the cops less.

“We’ve also had registered CPL owners pull out a handgun and shoot somebody because they were upset,” Shaw said. “We need to get back to the basics and just let things go.”

Lacking witness cooperation, Shaw says suspects have only been identified in less than half of the 26 freeway shootings this year….

Everytown is now projecting more than 800 road rage shootings for 2021 with roughly 500 people being injured or killed.