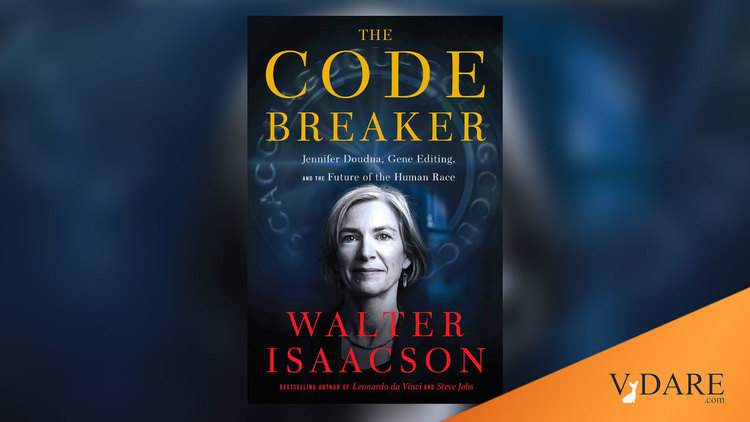 And Yet, It Moves

Walter Isaacson, the respected biographer of Steve Jobs, has turned his talents to Jennifer Doudna, who won last year’s Nobel Prize in Chemistry for co-inventing the CRISPR gene editing technique.

In his The Code Breaker: Jennifer Doudna, Gene Editing, and the Future of the Human Race, the scientist emerges as competent and competitive. But this best-seller’s most compelling personality turns out to be her canceled but unrepentant inspiration, James D. Watson, whom Isaacson and Doudna visit in his internal exile in 2019.