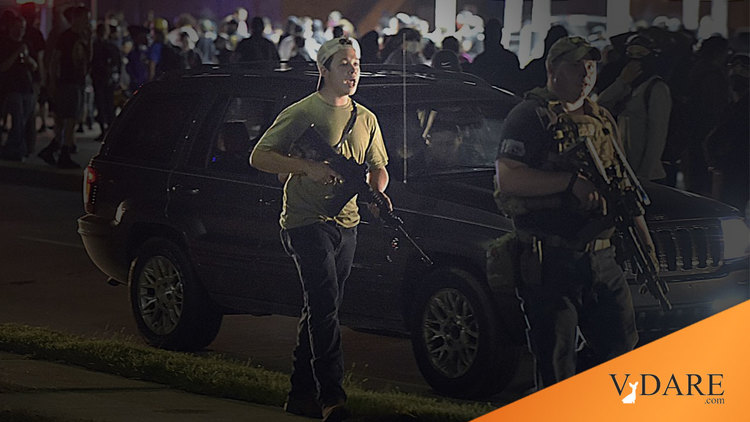 Rittenhouse And His Antifa Attackers: Good Guys Vs. Bad Guys

For a long time, I’ve been pointing out that American thought is degenerating into a childish Good Guys vs. Bad Guys dichotomy. Personally, I think that’s one of my most important intellectual contributions, but nobody else does because it seems too dumb to be true: Good Guys vs. Bad Guys? C’mon, it must instead have something to do with the Frankfurt School of Cultural Marxism.

The Rittenhouse controversy, however, seems like a classic exemplification of my concept.

To the left half of the country, the teen marksman looks like the nightmare they’ve been told to expect: a white (if rather swarthy, but never mind that) male with one of those scary rifles. How could anybody not want to beat him to death with a skateboard or shoot him with your illegal handgun?

To the right, his three attackers sound like the Bad Guys.